Kijuana Nige is the Facebook user who released a video in which an NFL coach can clearly be seen doing drugs.

Chris Foerster, the fella we all know as the offensive line coach for the Miami Dolphins probably woke up to the worst day of his career.

Over the weekend, a video of the 56-year-old coach apparently doing a few lines of what it’s thought to be cocaine, was leaked. Since then, the Dolphins have released a statement saying the footage is being investigated.

Now, besides the obvious, Chris is also heard saying ‘Babe I miss you’ –which makes us all speculate that he seems to be dedicating the video to some lady to whom he also tells, he thinks about her while doing cocaine.

Chris is a married fella, he and wife, Michelle Foerster a nurse, are the parents of three children. According to Fabwags, Chris and Michelle tied the knot on June 29, 1985, in Maine. Mrs. Foerster formerly known as Michelle Massey, was born on October 12, 1961. She and Chris Foerster have three children; Kathleen Foerster and sons Jake and Micah.

Some sites seem to suggest Kijuana Nige not only leaked the scandalous footage but also point out she could be Chris Foerster’s mistress. She wrote on FB

She allegedly posted the video because of the backlash against black NFL players who have protested police brutality during the National Anthem. Kijuana Nige also added

“The white people mad at me like I forced blow down this mans nose and like I recorded it on tha low,” “No those are his habits and he recorded himself and sent it to me professing his love. So quick to make excuses for him but will roast a minority player over an athem, dog fights, weed, domestic issues etc. But y’all keep saying ALL LIVES MATTER STFU‼️” 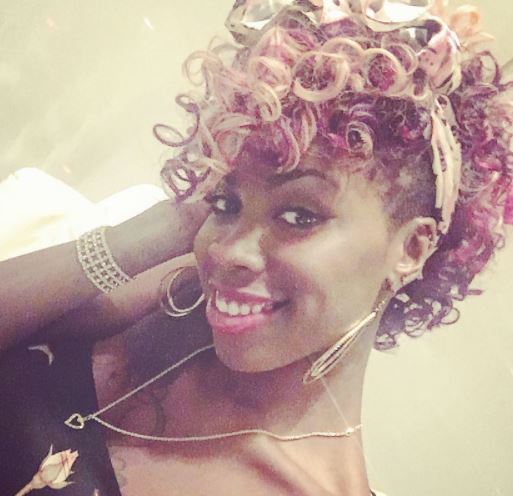 Kijuana Nige is a model who was born in Kansas City and is currently living in Las Vegas according to her profile on Model Mayhem. She is in her 30’s and as a student, she was nationally ranked in sports.

Her profile also states she enjoys acting and singing. The 5′ 11″ model is of black ethnicity. Kijuana Nige, who also goes by Starr Sherrod, confirmed she and the coach used to date. She wrote on Facebook comments “you know I like old heads.”

Foerster is in his 25th year of coaching in the NFL and his second stint with the Dolphins. He rejoined the team in January 2016 as the offensive line coach. Chris who is also a former college player, has also worked for the San Francisco 49ers, Redskins, Baltimore Ravens, Indianapolis Colts, Vikings, Buccaneers as well as at Colorado State, Minnesota, and Stanford.