Kennedy Stidham is the gorgeous wife of NFL player, Jarrett Stidham -currently a quarterback with the New England Patriots.

Kennedy’s NFL hubby is a second-year QB who was selected by the Patriots in the fourth round of the 2019 NFL Draft.

Born Jarrett Ryan Stidham on August 8, 1996; the Kentucky native played college football at Baylor as a Freshman prior to transferring to McLennan Community College. Jarrett later transferred again to Auburn where he started in 2017-2018.
Jarrett who forgo his final year of eligibility and declared for the NFL 2019 draft, signed a four-year deal worth $3.15 million with the Patriots and was named backup QB to Tom Brady and later to Cam Newton.

At 24, Jarrett is already a happily married man to wife, Kennedy Stidham; want to know more about her? Check out her top facts below.

1. She has connections to the NBA 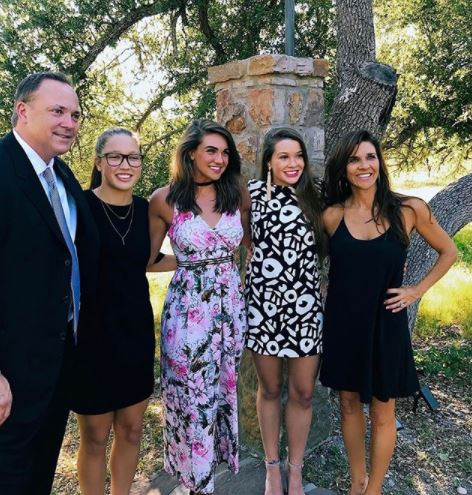 Kennedy Stidham was born Kennedy Brown in Kingwood, Texas. She is one of four daughters of Tad Brown, her father is a former college basketball turned NBA executive. Mr. Brown is currently the Chief Executive Officer of the Houston Rockets and Clutch City Sports & Entertainment.

Kennedy younger sisters include; Nicolette, Chloe and Addison. They have all grown up in sports.

2. She is no stranger to competition 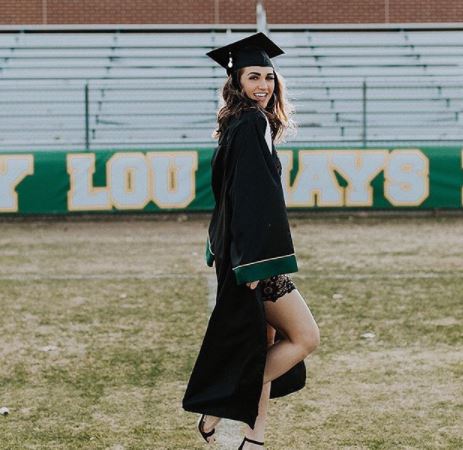 Kennedy is a former collegiate soccer player. She began her soccer career at Kingswood High School-where she helped her team clinch the district title for a 25th-straight season as a senior in 2014. She was later recruited by Baylor -where she was a member of the Baylor women’s soccer team for four seasons. She became a regular contributor for her final two seasons, appearing in 44 games.
While at Baylor, Kenney was a double-major in journalism and public relations.

3. She is into social media 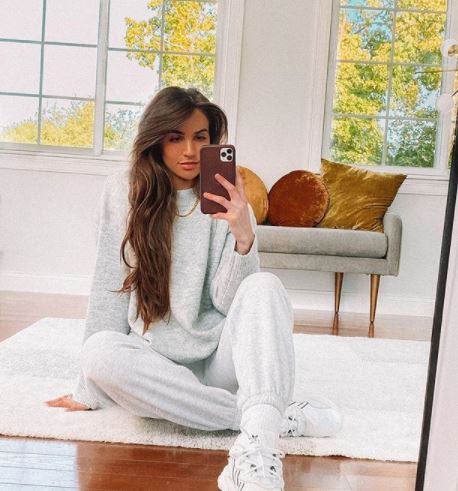 The stunner has become quite the social media star, it’s safe to say she’s gotten extra attention for being her hubby’s wife. She has since taken advantage of her own following by building a social media empire of her own. She has over 86k followers on Instagram -where she often posts about her and her man’s shenanigans. Kennedy also appears to have gotten into modeling and she definitely has the looks to pull it off. Some of the brands she advertises include Skims and Curology.
In addition, she also has a YouTube channel, filled with videos of the couple including the one from their wedding day.

4. She is into charity

Kennedy and her hubby are also into giving back. According to reports, the couple donated 1,000 meals to the Boston YMCA earlier this year, in their efforts to help out in the midst of the pandemic.
Kennedy who also seems to be in touch with her spiritual side as she shares the quote ‘proverbs 3:5’ -also seems to keep busy being a proud dog mom to the couple’s pooch, Bro.

5. She’s been Mrs. Stidham for over a year 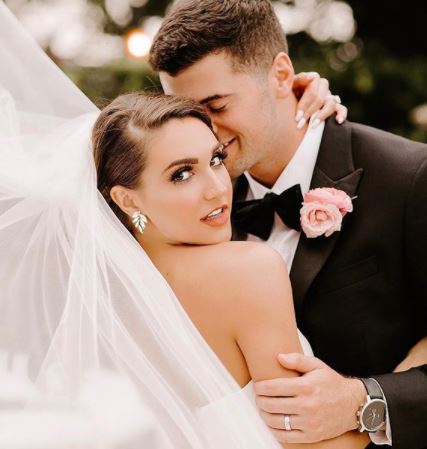 Kennedy met her future husband as a fellow student-athlete while at Baylor. Jarrett proposed to Kennedy in July of 2018, after dating for about three years. The college sweethearts tied the knot in the summer of 2019. For their first year anniversary, Jarrett shared an image of their wedding dance and captioned it

You and me baby. Team Stidham. 1 year down forever to go. I love you, Happy Anniversary.?