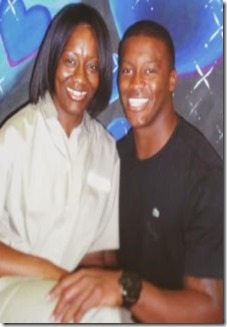 Meet Ms. Katina Smith, she is the proud mother of Denver Broncos’ Wide Receiver Demaryius Thomas. But sadly there is a particularity between that mother-son relationship. Ms. Smith can only talk to her son, they speak once a week because she is one of the inmates at the Federal Correctional Institution in Tallahassee, Fla.

Since we’ve told you everything there is to know about the 26-year-old pro player, we thought now is his mother’s turn. Katina is mother of three, son Demaryius and daughters Tyeshia and Tonecia Smith. She gave birth to her son when she was only 15-years-old. She and Damaryius father, Bobby Thomas had met in 1985.

Katina’s son was only 12 when she and her mother were arrested on federal charges of conspiracy to possess with intent to distribute cocaine and cocaine base. Katina is daughter of Minnie Pearl Thomas who faced 40 years to life, Smith 20 years.

But being away doesn’t keep her from giving advice to her boy; during a recent interview Demaryius’ mother said she will be watching the Super Bowl with her mother, Minnie Thomas.

“We pray over the telephone together and I ask him if he’s nervous, and I tell him if you make a mistake, don’t beat yourself up, he’s bad about that. … Make sure you keep your team encouraged, pray for them and play your best,’” 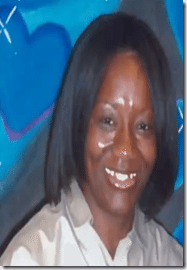 But it was a long road to get to that point, where she could feel her son really loved her and had forgiven her. It took her a decade to come clean to Demaryius and his sisters and tell her children why was she was in prison and how things really went down.

During that hard time, his son bounced from house to house, and finally ended up with his Aunt Shirley and Uncle James. Katina feels grateful for them to help their children in the right direction. She has become her son’s biggest supporter, during the AFC Championship Game.

Smith, will make sure to make the respective call to her son on Sunday morning.

The 41-year-old is scheduled to be released on Christmas Day 2016, Demaryius’ 29th birthday, but she is holding out hope it could be earlier.