You are here: Home / NFL / Who is Kameron Kelly’s girlfriend?

Kameron Kelly, the professional football player whom you probably now best as a defensive back for the Pittsburgh Steelers, is no more.

According to reports, Kelly has been waived by the team following his recent arrest. The 23-year-old was taken in after arguing with a city police officer who had kicked him out of a South Side bar.
According to the report, Kelly was being disorderly and became confrontational with an officer who told him he had to leave a Pittsburgh bar.
The altercation arose when Kelly allegedly threatened to knock out an employee at the bar after his music selection was skipped over on the jukebox.
Shortly after, a responding police officer accidentally stepped on the foot of a woman, who Kelly says was “his girl.” Kelly then physically confronted the officer and threatened him.
As a result of the incident at Mario’s South Side Saloon, Kelly was charged with two misdemeanor counts of terroristic threats and a misdemeanor count of resisting arrest. And like previously stated, he was also cut from his team. 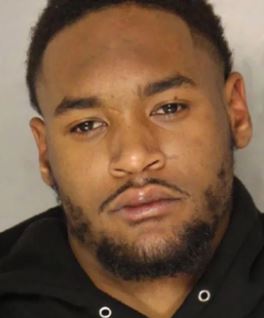 According to the report, is safe to say Kelly is in a relationship with some chick, however the ‘girl’ in question was not identified. He isn’t telling on social media either since he keeps a private profile with over 18k followers on Instagram.

Born Kameron Rashad Kelly on August 19, 1996; the Murphy, Texas native is the son of Curley Kelly and Toni Milburn and stepson of Joseph Milburn and Millie Kelly.
He attended Wylie High School and later chose San Diego State University over numerous offers including Alabama A&M, Alabama State, Florida A&M, Grambling, Houston Baptist, Kent State. During his time at SDSU, he played as a safety and cornerback, and majored in social science.

Kameron Kelly has one interception in 14 games with the Steelers this season. He made the team out of training camp as a free agent.
He was one of just a few players who got a chance in the NFL after playing for the now-defunct Alliance of American Football.