Jasmine’s boyfriend was born Quintorris “Julio” Lopez Jones on February 3, 1989. The Foley, Alabama native made his mark as one of the country’s most prolific athletes on the gridiron, track, and basketball court while attending Foley High School.

By his senior year, Jones was considered a five-star recruit by Rivals.com, and listed as the No. 1 wide receiver in his class.

He played college football at Tuscaloosa, Alabama as a member of the Crimson Tide. He became the first freshman receiver to ever start a season opener.

During his 3-year stint with Alabama, Julio helped lead the team to an SEC & BCS National Championship, while earning First-Team All-SEC honors along the way.

Jones’ standout college career led to him electing to skip his senior season and declare for the 2011 NFL Draft, where he was selected by the Atlanta Falcons as the 6th overall pick. Much like college, Jones made an immediate impact on the league, finishing the season leading all rookies in touchdown receptions.

His play continues to shine on the field and earned him 3 pro-bowl selections, and a First-Team All-Pro honor in 2015.

Accoridng to his website, Julio can be found out in the community helping on his spare time. Most recently the 27-year-old can be found spending time with his **** new gal. 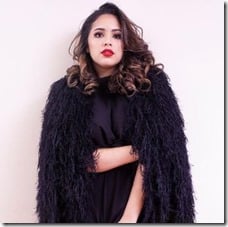 Jones is said to be in a relationship with **** R&B/pop star, Jasmine Villegas. Have you heard about her before? If not, then keep reading and get to know her a little closer.

Jasmine Villegas was born Jasmine Marie Villegas on December 7, 1993. The 23-year-old is the daughter of Bernadette Vales and Robert Villegas. The **** singer is half Mexican and Half Filipino.

Born and raised in Los Angeles, Jasmine Villegas is the only girl out of four children.

Accoridng to her website, Jasmine an actress/singer earned a spot on Justin Bieber’s 32-city My World Tour.

Discovered at age 11, Jasmine perfected her skills under the direction of music mogul Dame Dash’s Dash Music Group. That same year, she garnered much attention after an impressive rendition of the national anthem at a Los Angeles Clippers game. Since then, Villegas has gone on to perform at over 15 sporting events.

Jasmine has worked her way up to a huge following on social media. She is known by her stage name, Jasmine V. She is signed to Interscope since 2013 and released her debut EP, That’s Me Right There, in November 2014. She previously had released her mix tape “S(he) Be(lie)ve(d)” –which yielded three successful buzz tracks: Jealous, Werk, and Just A Friend –in 2011. 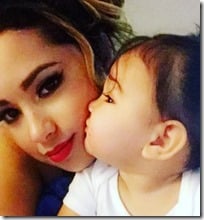 Aside from being a busy singer, Jasmine also keeps busy being a mommy to her one-year-old baby girl. Jasmine gave birth to her daughter in 2015. She spoke about being a young mother to Cosmopolitan saying

I never thought I would have a baby at 22, but I’m definitely excited. I’m super excited to meet my baby and to be a mom.”

Is not clear how Jasmine and Julio met but the two were caught on a date recently. Though we can’t confirm their relationship just yet, they were seen attending an NBA game recently and several sites agreed they are dating.