Julie Rhule is the lovely wife of Matthew Kenneth Rhule -best known as Matt Rhule, the current football coach of the Carolina Panthers.

Julie’s NFL coach hubby was previously a college football coach, Matt Rhule served as the head coach at Baylor University.
According to reports, Rhule’s deal with the Panthers is for seven years and $60 million.

Rhule took over Baylor’s program in 2017, meaning he just completed his third season at Baylor. After going 1-11 in his first season, he improved the team’s record to 7-6 in his second year and then an 11-3 record this year. Had had a similar turnaround at Temple, the job he held before he coached at Baylor. Temple went 2-10 in Rhule’s first year as head coach, but improved to 6-6, 10-4 and then 10-3 in in his final three years at the school.
Rhule who is a former college football player and holds a political science degree and a master in educational psychology; began his coaching career as a volunteer assistant at Penn State in the spring of 1998 before working at Albright College in Reading, Pa., for the 1998 season. At Albright, he coached the linebackers in a 4-3 scheme and recruited western and central Pennsylvania. 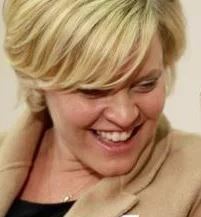 He’s been happily married to loving and supportive wife, Julie Rhule. Mrs. Rhule was born Julie Nibert and she isn’t your average coach’s spouse. The pretty blonde keeps busy doing her own thing.
Julie Rhule is a registered dietitian, its been widely reported that she is a registered dietitian with Sodexo and works at Temple with its students.
In addition, she is the proud mother of the couple’s three children son, Bryant; and daughters, Vivienne and Leona.

Despite being married to her successful husband, Julie Rhule enjoys keeping a low profile and it appears she’s not a big fan of social media. However, she remains her husband’s biggest fan attending most of his games.