Laura McDaniels is the proud wife of NFL coach, Josh McDaniels –who has been newly appointed as the head coach for the Indianapolis Colts.

Prior to becoming the Colts head coach, Laura’s hubby was best known for his long tenure as the quarterbacks coach for the New England Patriots. He was with the organization for all five of their Super Bowl wins. He also served as their offensive coordinator.

Between stints at New England he served as the head coach of the Denver Broncos and the offensive coordinator of the St. Louis Rams.

Born Joshua Thomas McDaniels on April 22, 1976; the Ohio native played at John Carroll University, a Division III school, between 1995-98 primarily as a wide receiver. He began his coaching career as a graduate assistant under Nick Saban at Michigan State in 1999 and 2000. McDaniels has been with the Patriots for 13 seasons over 2 stints.

He is happily married to wife Laura McDaniels. Meet her below. 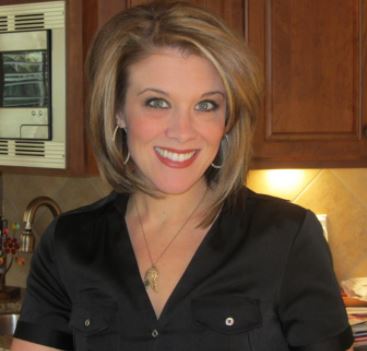 Josh and Laura McDaniels’ story begins in 2000, that’s when the couple first met. At the time they both worked at the FiberTech plastics company in Cleveland. Two years later they were married. Following their 2002 nuptials, they have welcomed four children.

Laura McDaniels is the proud mother of Jack, Maddie, Livi, and Neenah. The wife and mom of four has followed her husband wherever his work took him. The family moved from Massachusetts to Denver, Colorado, and then on to St. Louis, Missouri, before McDaniels returned to New England.

When not busy tending to her kids, Laura McDaniels spends her time doing Pilates, she loves it so much that she has a studio set up at her home. A huge part of being married to an NFL coach, is being involved in some sort of charity, for Laura that meant volunteering at The Patriots Charitable Foundation.

It looks like Laura McDaniels will have to pack her bags once again.