Brittany Williams is the gorgeous girlfriend of a college football player, Josh Allen –who recently apologized for his offensive tweets ahead of this year’s NFL draft. Brittany’s beau is projected to be among the top picks in Thursday’s draft, however, his near future might be tainted due to his ‘young and dumb’ past. The 21-year-old used that explanation after old tweets in which he uses the n-word, surfaced. Though Josh may be mortified right about now, one thing is for sure, he can count on his girlfriend, Brittany Williams.

The couple goes way back when they were kids. Of course, they were not a couple back then, only friends. But Brittany admits to having a crush on Josh. They even spent high school together. But only when they separated for different colleges did they realize their feelings. Now, Brittany always travels all the way to every one of Josh’s matches. Find more NFL WAGS here for such lovely stories.

But enough of all that, we’re here to tell you about his stunning girlfriend. Miss Brittany Williams is the daughter of Denise and Chris Williams. She has one older brother named Jordan.

She and Josh have been dating for over a year now, the two began dating sometime in 2016.

The Buffalo Bills got themselves a fresh quarterback in 2018. Josh Allen was the seventh pick in the first round. Josh has been with the Bills ever since.

Are you a huge Josh Allen fan? Did you know an autographed Jersey of Josh Allen can fetch over $300? Checkout this one we found below. We can’t believe folks can afford to pay that much. Maybe they are collectors that know the true value? I don’t know. If you do, please put a comment in the section below to help us comprehend this valuable and overpriced autographed madness!

According to a profile, the Firebaugh, California native, began his ascension at Reedley Community College in California in 2014. He averaged 285 passing yards and 66 rushing yards per contest and threw 26 touchdown passes, garnering attention from Wyoming Head Coach Craig Bohl.

Allen who received a scholarship from Wyoming suffered a clavicle injury early in his first season with the Cowboys and was awarded a redshirt. He returned for 2016 and averaged 15.3 yards per completion and ranked 32nd in passing efficiency. He was named to the Maxwell Award Watch List in the summer of 2017 and has been widely considered one of the top quarterbacks in the NFL draft.

Joshua Allen played as a defensive end for the Kentucky Wildcats while he was in college. He has been playing for the Jacksonville Jaguars since 2018. Follow him on Instagram @joshallen_41

How old is Josh Allen?

How did Josh Allen meet his girlfriend Brittany Williams?

The couple has a huge romantic story of their own. Brittany had a crush on Josh when she was old. They were at the same high school but never got together. Only when they moved to different colleges did they realize their love for one another.

How old is Brittany Williams?

Brittany is also 25 years old. Brittany, who makes the perfect girlfriend for a star quarterback is also a trained dancer who has been competing nationwide since she was a young girl.

Although he is in a serious relationship with Brittany Williams, he is yet to marry. He might get married in the near future but it is negative as of now.

She is currently a student at Fresno State and is expected to graduate this year. The pretty 21-year-old also spends time cheering as a proud member of Fresno’s cheerleading squad. Prior to attending Fresno State Brittany Williams graduated from Clovis North educational Center in Clovis, California.

It is no surprise that Brittany, being the girlfriend of a top NFL prospect, a cheerleader, and a stunner; is super popular on social media.

Josh’s girlfriend Brittany used to be a cheerleader at her college in Fresno. She cheers Josh by sitting in the stands during his matches now. 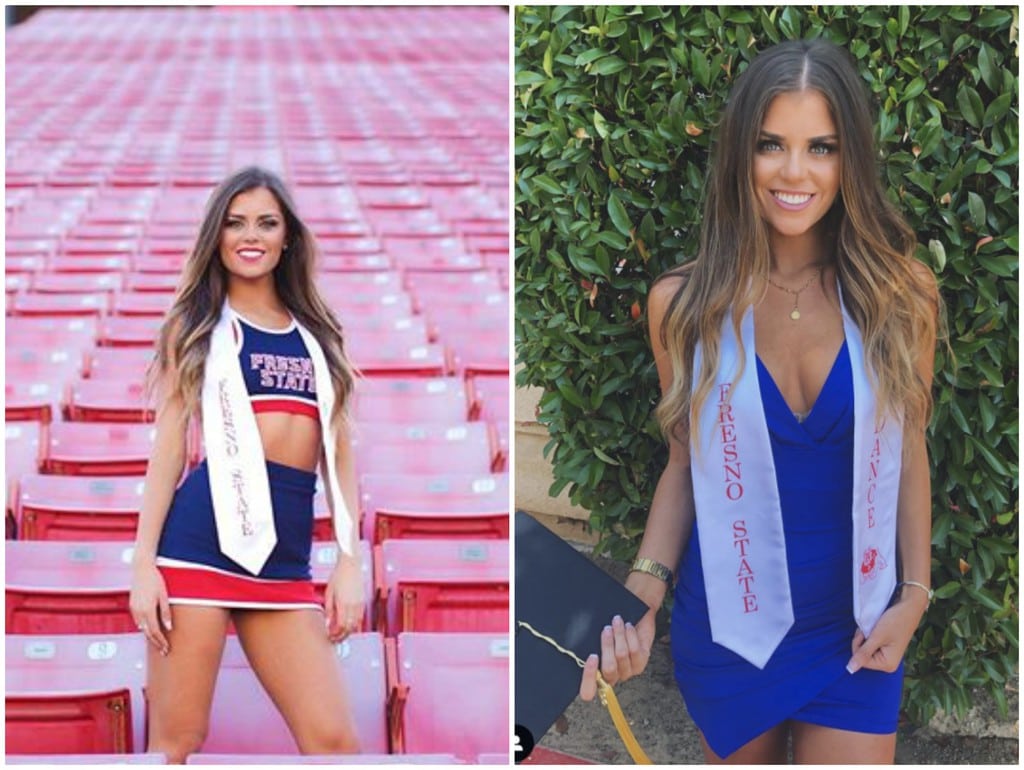 The star QB is estimated to be worth $14 million. He signed the contract in July 2018 with a guaranteed $21 million.

Who has Josh Allen dated?

Josh Allen came into the limelight in 2018. He has been dating Brittany Williams since 2017. No reports of another romantic relationship are in the public domain.

The only romantic relationship of Josh in the public domain is with Brittany Williams. They have been together since 2017.

Josh Lore Allen is another individual who is the community manager for World of Warcraft and a Blizzard Employee. The Bills quarterback is named Josh Patrick Allen.

A drifter and a contestant on Hyperdrive on Netflix, Brittany Williams shares her name with Josh Allen’s girlfriend. The drifter is married to Kevin Williams.

Another celebrity sharing names with Josh’s girlfriend is Brittany Elizabeth Williams. She is a model and an actor known for her work in The Spongebob movie.

Brittany is Josh Allen’s sweetheart girlfriend. They have been dating for around 5 years and have known each other even before high school.

Use the handles to follow Josh and Brittany on social media.

Looking for more news on the lives and loves of the NFL’s Hottest Wives and Girlfriends? We’ve got you covered with our most popular reader selected posts here