Summer Rae is the gorgeous lady who apparently had a fling with none other than married NFL player, Jordan Poyer

Summer’s alleged beau is a safety for the Buffalo Bills and also a married man and father. Poyer played basketball, baseball and football at Astoria High School. The Oregon native born, April 25, 1991 –was drafted by the Florida Marlins out of high school but instead chose to play football for Oregon State.

He was a seventh round draft pick for the Eagles in 2013 after being a Consensus All-American at Oregon State University. Since then he’s played with the Cleveland Browns and the Bills.

At 27, he is a happily married fella, in fact he tied the knot earlier this year to the very **** Rachel Bush. Together they share daughter Aliyah Poyer born in late 2016.

However, The couple who tied the knot back in February made headlines amid reports of infidelity. Around July the NFL safety tweeted about making mistakes and wanting to learn from them with his new wife.

It is believed that Jordan may have cheated on his new wife with Summer Rae. But has since, patched things up with wifey, Rachel Bush. 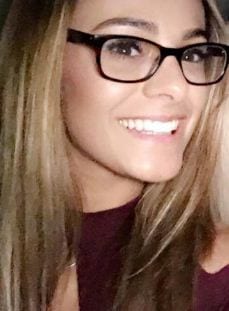 Summer is a college student who recently unleashed her frustration sharing a number of texts she exchanged with Poyer’s wife. She says she is trying to be the bigger person and just wants to move on. On the text, she admitted she had to say her goodbyes to Jordan once she realized the couple had gotten back together.

Summer Rae writes on her Instagram bio, University at Buffalo, is not clear if she is still going or if she graduated already. The Brunette is definitely a popular figure with over 10k followers on the social media platform. She often posts having a good time with her girlfriends.