Denise Mara is the lovely wife of NFL team owner, John Mara. Her husband is none other than the President and Chief Executive Officer of the New York Giants.

Denise’s longtime hubby is the son eldest son of former Giants owner, Wellington Mara. He was born John K. Mara on December 1, 1954. The native New Yorker’s Grandfather Tim, founded the team in 1925 –meaning John Mara is the third generation of his family to own the Giants.

John who joined the Giants in 1991 –preivously worked as an attorney at Vedder, Price, Kaufman, Kammholz and Day. He also worked at Shea & Gould before joining the team. He earned a B.S. *** laude in marketing from Boston College in 1976, followed by a law degree in 1979 from Fordham University.

He is in his 27th season with the Giants. He assumed the team presidency upon the passing of his father, in 2005. After he joined the team he was named General Counsel and later added the title of Executive Vice President and Chief Operating Officer.

John has been happily married for several decades. The loving wife and mother was born Denise F. Walter on May 12, 1954. 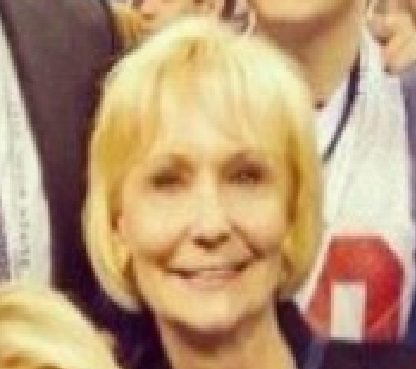 Denise Mara and her husband have welcome five kids together. She is the proud mother of one son John Jr., and four daughters, Lauren, Courtney, Christine, and Erin. All of her daughters are married and pursued careers in teaching.

Lauren Ann Mara, teaches fourth-grade at Convent of the Sacred Heart School in New York. She and Steven Robert Chaput have been married since 2008.

Courtney Lynn Mara works as a third-grade teacher at Our Lady of Lourdes Catholic School in Bethesda, Md. She goes by Courtney Mara Billings.

Christine Mara is a kindergarten teacher at the Dalton School. She married Christopher Dodge Ward in July, 2012.

As for Denise’s only son, it turns out, John Jr. chose on an artistic career in theater. He is an aspiring theater producer. John Jr. served as a producer for both “Lombardi” and “Magic/Bird”

Its safe to say, Denise Mara is a proud mother and wife.