Ally Lauth is the lucky gal dating NFL player, Jesse James. Her 22-year-old boyfriend is currently a tight end with the Pittsburgh Steelers.

While in high school he was a two-time Second-team All-State selection in both football and basketball.

James was drafted by the Steelers in the fifth round of the 2015 NFL Draft. Since playing with the team, James caught his first touchdown of the season, a nine-yarder, in the third quarter –during a game against Cincinnati.

While playing against the New York Jets, he set a single-game career-high with six receptions and added a one-yard touchdown in the second quarter.

In January 2017, James started in his first career postseason game and caught one pass for nine-yards as the Pittsburgh Steelers defeated the Miami Dolphins 30-12 in the AFC Wildcard game.

He is currently in his second season with the team. 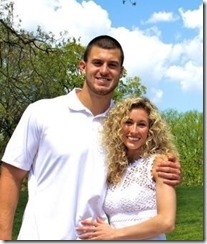 The lovebirds have been dating for a few years now, since December 20, 2012 to be exact! Jesse and Ally have much in common they both are athletes!

Ally Lauth was born Alexandra Joanne Lauth on Aug. 28, 1994 in State College, Pa –where she currently lives. She is one of three children born to Susan and Eddie Lauth III. Her siblings are brother, Eddie, and a sister, Natalie.

Her dad used to play soccer at Rollins College.

It looks like sports run in the family. According to a Penn State profile –where Ally was a student, she was also member of their field hockey team.

She appeared in five games during her first season as a Nittany Lion.

Ally Lauth was a varsity letterwinner for the State College Little Lions. She served as team captain during her senior campaign and was named a Tri-Valley League first team All-Star. She was a two-time PIAA District IV State Champion during high school career.

Aside from being a field hockey college player, Ally also earned her Black Belt in Tae Kwon Do during her high school years.

According to social media she works for PricewaterhouseCoopers. 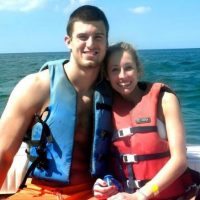 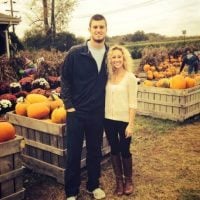 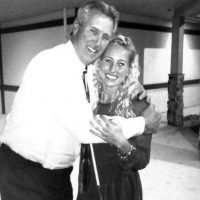 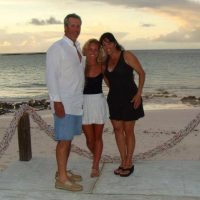 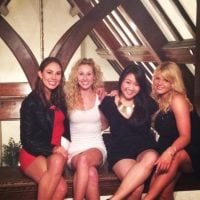 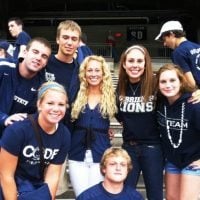 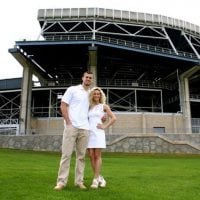