Jerrika Gabriel is the lovely wife of NFL player, Taylor Gabriel –currently a wide receiver for the Chicago Bears.

Jerrika’s NFL hubby was born Taylor James Gabriel on February 17, 1991; the Texas was previously a three-sport star at John Horn High School, where he earned All-State football honors as a senior.

He was then signed by the Cleveland Browns as an undrafted free agent in 2014. He scored his first NFL touchdown in week 9 of the 2014 season. He then played for a year with the Atlanta Falcons and signed with the Bears last March.

Gabriel has certainly had a big year, he and his lady Jerrika Gabriel –not only welcomed their first child together but they also became husband and wife. 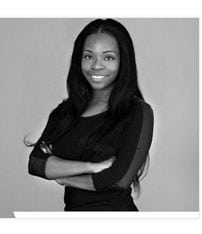 The two dated for a while prior to their marriage earlier this year. Taylor and Jerrika tied the knot on July 7, 2018. Together they are the proud parents of an adorable baby boy born earlier this year. The couple held a baby shower in January of 2018 at Hotel ZaZa Dallas.

According to her LinkedIn, she works in Digital Marketing and has an extensive resume. She’s held marketing roles at a number of companies including; Crocs, Sunglasses Hut, Girls Social, Lennox International and most recently at Medical City Healthcare –where she is listed as a Digital Communications Specialist.

Jerrika Gabriel keeps a low profile and is fine with her man getting all the spotlight, she doesn’t even have much of a social media presence. She does however keeps a Facebook profile you can check out here.