You are here: Home / NFL / Who is Jermaine Whitehead’s Girlfriend?

Jermaine Whitehead, best known as an NFL player -appears to be currently single.

Whitehead however, may have other things in his mind other than a relationship for the time being. Jermaine an NFL safety for the Cleveland Browns is no more!
According to reports, the 26-year-old was cut from the team following an outburst on social media.

Whitehead took to Twitter where he posted a series of threatening tweets directed at fans. During the tweet tirade -which took place over the weekend -Whitehead went as far as making death threats and also used racial slurs which were aimed at fans who criticized him. 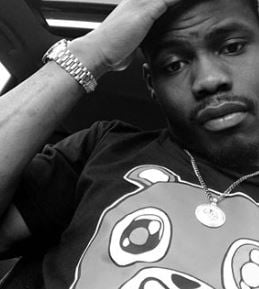 The NFL safety was the subject of critics following his performance during the team’s loss to the Denver Broncos. In his defense, Whitehead played with a brace on his broken left hand and missed several key tackles in the defeat. However, we agreed with the team that his comments were “totally unacceptable and highly inappropriate”

He was born Jermaine Rasheed Whitehead on March 12, 1993; to parents son of Teveeta Whitehead and Frank Ellis. The Mississippi native played college football at Auburn -where he graduated with a bachelor’s degree in accounting.

Whitehead joined the NFL in 2015 and played for the Green Bay Packers from 2016 to 2018. He has played in all eight games this year for the Browns, totaling 41 tackles, an interception and a forced fumble. The 26-year-old was in his second season with the Browns.
Jermaine who previously played for the Green Bay Packers, was released after he was ejected for slapping an opponent.
Judging from his social media, Jermaine appears to be currently single and there’s no word on an official girlfriend. This is not clear since it’s hard to say with professional athletes.