Jeff Lurie a former college professor turned professional football team owner, has certainly lead an interesting life; with the Super Bowl coming up, we thought you should learn more about him.

The Philadelphia Eagles boss took an executive role at General Cinema Corporation in the early 80’s and which later became Harcourt General, Inc. It was the film company founded by his grandfather, Philip Smith. Two years later, in 1985 he started Chestnut Hill Productions. However his true passion came in 1994, when he bought the Philadelphia Eagles.

The 66-year-old has been married twice and is the father of two children. 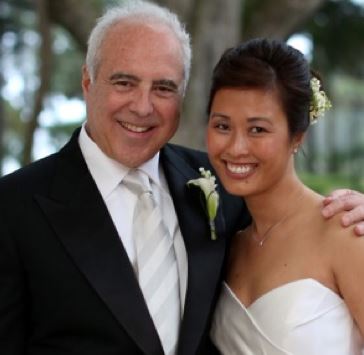 Vietnamese Tina Lurie was born Tina Lai, the youngest of eight-siblings. The 44-year-old met Jeff while working for her brother, Benny Lai –who owns Vietnam in Chinatown and West Philadelphia’s Vietnam Cafe, Fu Wah Deli and the underrated Grill Fish. Tina was frequently found behind the register at the deli, according to Philly Mag.

Born in 1973, Tina took over managing Vietnam Restaurant in 2008. The billionaire and Tina Lai tied the knot with the Philadelphia resident in a private ceremony on May 4, 2013. 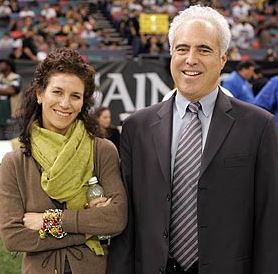 Christina Lurie was born Christina Weiss, she is a former actress and producer. The two were married from 1992 until 2012. They welcomed two children during their 20-year-marriage.

Weiss met her then future husband while working for his production company. The actress holds both US and Mexican citizenship –after being born in Mexico to Jewish parents, Lisa and Stanley Weiss.

She attended Yale graduating with a double major in theater and history of art. After sometime abroad she headed to Los Angeles where she worked for an independent film production company –it was around this time she met Jeff Lurie.

After their divorce, Christina Weiss got 20% ownership interest in the Philadelphia Eagles. In addition to her role as a minority owner, Christina serves as president of the Eagles Youth Partnership, the team’s charitable foundation.

She’s also been associated with several production companies including, Vox3 Films, Screen Pass Pictures and most recently, Tango Pictures founded in 2011. She served as executive producer for the 2010 film Inside Job –which earned an Oscar for Best Documentary; as well as 2012’s Inocente –which also won an Oscar for Best (short) Documentary.

Lurie is the proud father of two children born into his first marriage to Christina Weiss. The couple welcomed a son and a daughter.