Jean Muggli Strahan was once the wife of former NFL player turned TV host, actor and book author, Michael Strahan –known for his 15-year-long career with the New York Giants.

There was a time when Jean Muggli Strahan and NFL defensive end Michael Strahan were madly in love, cut to now they hate their guts. Following their scandalous divorce the ex’s embarked in a nasty custody battle that has been ongoing for over a decade.

Jean’s former spouse became one of the league’s all-time QB sack leaders, over the course of his NFL career. Michael Strahan won a Super Bowl during his final year in the NFL with the New York Giants. He retired in 2007. He is an inducted member of the Pro Football Hall of Fame.
Following retirement, like many others, he transitioned into a TV football analyst. In 2012, he became Kelly Ripa’s co-host on ABC’s Live with Kelly and Michael.

As good as he is on the professional front, the same can’t be said about his love life.

Jean Muggli born in 1965, is a North Dakota native, she has a sister, Denise.
Prior to becoming Mrs. Strahan, Jean Muggli worked at the Manhattan skin-care salon and is also a former cosmetic store manager. According to her social media, she went to Carson High School and studied at NDSU Bison. She also attended Minnesota State University Moorhead. She lists herself as the President/Domestic Engineer at Strahan Family INC. 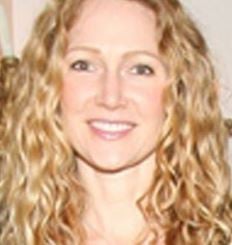 The year was 1999 when the two tied the knot after meeting at a spa where Jean was working. He made her his second wife after being married to Wanda Hutchins from 1992 until 1996 -the mother of his two older kids, Tanita and Michael.
Jean and her famous ex-hubby were married for six years from 1999–2006; during which they welcomed twin daughters, Sophia and Isabella Strahan in 2004.

After the fairytale ended for the second time for Strahan, he and Jean Muggli were the protagonists of one of the nastiest divorce battles.
In March 2005 everything came crashing down, Jean called police claiming Strahan had threatened to beat her. He countered by filing for divorce, claiming he had confronted her after she withdrew $3.3 million from their bank accounts.
Jean received $15.3 million in the divorce settlement, in addition to $18,000 monthly child support. According to reports that amount was decreased to just under $13,000 in 2009.