Jazmyn Jones is the lovely wife of NFL player, Marvin Jones Jr. -currently a wide receiver for the Detroit Lions.

Jazmyn’s husband attended Etiwanda High School, he played cornerback and wide receiver as a prep star, totaling 144 receptions, 2,349 yards and 22 touchdowns, as well as 133 tackles and seven interceptions over his final two seasons.
During his college days, he played four seasons at California, seeing action in 43 games, and had all 38 of his starts in last three seasons. Marvin majored in African American Studies.
He was drafted by the Cincinnati Bengals in the fifth round of the 2012 NFL Draft. He was signed by the Detroit Lions as an unrestricted free agent in 2016.

Jones, has been happily married to wife Jazmyn for years now. It is believed the two have been together since their teens. 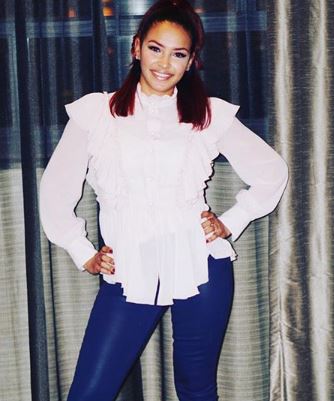 Jazmyn and her husband, are the proud parents of five children, sons Marvin Jones III, 10; Mareon, 8; and Murrell, 4; as well as daughter Mya Love, 3.
Marvin and Jazmyn Jones welcomed a fifth child earlier this year, son Marlo -however he died suddenly at six-months-old.
The NFL player announced the heartbreaking news on his social media on Saturday, alongside a photo of baby Marlo. He did not reveal the cause of the boy’s death.

The NFL wag and mother, was born Jazmyn Mathis and is also a business owner. Jazmyn Jones is the woman behind Nothing Bundt Cakes located in Troy, MI. From her social media we can tell you that she is also a California native originally from Fontana, California. Jazmyn Jones studied at Etiwanda High School and later Berkeley City College from 2009 until 2014.