Jayla Pittman is the virtually unknown girlfriend of NFL player, Marcus Peters –currently a cornerback for the Los Angeles Rams.

Jayla’s NFL stud has kept super tight lip about his relationship with her and is not clear whether the two are currently together. However, what it crystal clear is his love for their young son, Carson.

The 26-year-old California native isn’t shy about posting pictures of his son to Instagram, and often calls him “Baby C” or “C.” According to Fabwags, Jayla Pittman gave birth to their adorable son on October 14, 2014.

There is also a baby registry with their name on it, which could mean the alleged couple is expecting their second child together. She is due this April.

Jayla Noel Pittman was born on December 23, 1993, in California. Her mother is Mrs. Cathy Thomas Pittman. Kayla grew up with two older brothers, Jared and Jamon. 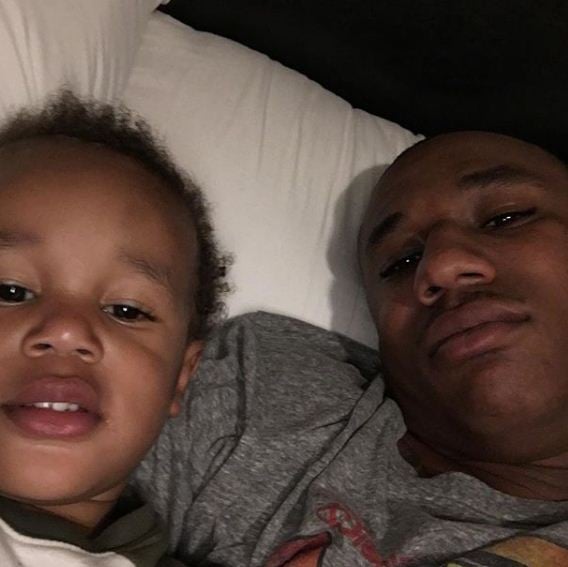 The site also says that Jayla and Marcus have been together for a while, specifically since college, so is safe to say, Pittman has been there since the very beginning of his career.

Marcus Peters led his high school team to its first undefeated season, earning Oakland Athletic League MVP honors in the process. His father, Michael Peters, served as the coach of the McClymonds High School football team for 28 years, including the years that his son played there.

Marcus then played college football for the Huskies at the University of Washington. After being suspended then kicked off the team for disciplinary problems as a junior, he entered the NFL Draft. He was the 18th overall draft pick in 2015 by the Kansas City Chiefs; making the 2016 Pro Bowl as a rookie. He signed with the Rams in 2018.