Kristin Cavallari is the **** NFL wag once proudly married to Miami Dolphins QB, Jay Cutler. The TV personality and her NFL stud were together for a few years and welcomed three children.

You probably know everything there is to know about the veteran player. The 34-year-old Indiana native who played college football at Vanderbilt and was drafted by the Broncos in 2006 –announced his retirement in 2016. However he left his Fox gig to get back in the game last August. What did his hot wife had to with it? You may be surprised.

We all learned to have mixed feelings for Cavallari ever since she appeared in our screens in 2004 when she was casted in the reality television series Laguna Beach: The Real Orange County. At the time you either were team Kristin or team Lauren, as the two then high schoolers –romantically chased cast member, Stephen Colletti.

Born January 5, 1987; the Colorado native is the daughter of Judith Eifrig and Dennis Cavallari. Following the success of Laguna Beach, she moved to Los Angeles in order to pursue a career in entertainment.

Ever since the blonde has appeared on Get This Party Started, Veronica Mars, The Hills. She also went on to guest roles on series including CSI: NY, Cane, and Adventures in Hollyhood. She was partnered with Mark Ballas on the 13th season of Dancing With The Stars. Her acting career however, never seemed to really take off and has since participated in a number of independent projects with mixed to negative reviews. She is also a jewelry & shoe designer. 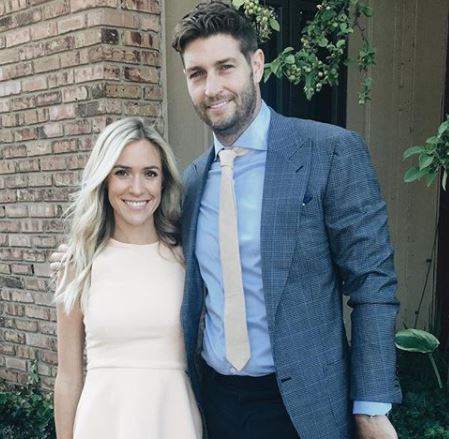 The same can’t be said about her personal life. With their ups and down, Kristin and Jay have managed to stay together for the last seven-years. The two met after being introduced by E! News host, Giuliana Rancic in 2010. At the time he was the QB with the Chicago Bears. The couple got engaged in 2011 called it off for about four months and got back together again. 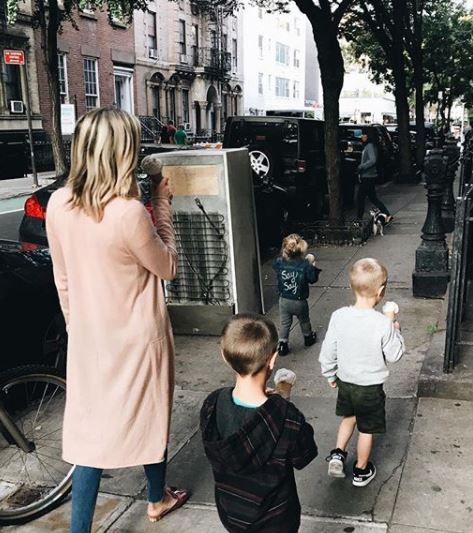 They couple welcomed their first child in 2012. Kristin Cavillari gave birth to son Camden on August 8, 2012. She and Cutler wedded on June 8, 2013, in Nashville, Tennessee. Second son, Jaxon followed on May 7, 2014 and last but not least daughter Saylor was thrown into the mix, on November 23, 2015.

Kristin or Mrs. Cutler if you will, keeps her days busy caring for her kids, attending NFL games to support her man and living the life of luxury all Wags lead but hate to admit.

Whether you hate her or you love her, gorgeous Kristin Cavillari is said to be the one who pushed Cutler to get back to the NFL, shouldn’t we all thank her for that?

Find the lovely NFL wag and mom of three on Instagram here.