Sloan Young is the gorgeous lady dating NFL player, Jacoby Brissett –whom we know as a quarterback currently playing for the Indianapolis Colts.

Sloan’s boyfriend was traded to the Indianapolis Colts earlier this year, he previously played for the New England Patriots.

Born Jacoby Jajuan Brissett on December 11, 1992; the Florida native attended William T. Dwyer High School in Palm Beach Gardens, Florida and played college football at Florida before transferring to NC State. He was drafted by the New England Patriots in the third round of the 2016 NFL Draft.

When not doing what he does best, the 24-year-old player kills time with the ****, Sloan Young. 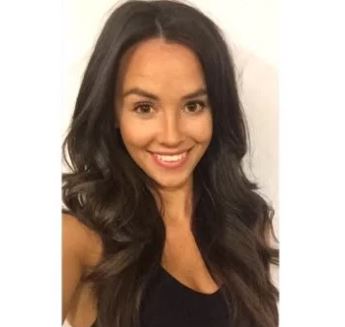 Sloan Young might look like the typical NFL wag, she is petite, **** and has great sense of fashion; however she is one good-religious gal, in other words, wife material. She writes on Instagram

Brissett has been dating Sloan Young for quite a while, since he played for the Patriots. The couple struck a friendship after he transferred to NC State in 2013.

Just as Jacoby has football, Sloan runs her own blog called ‘Sincerely Sloan.” In it, the brunette beauty says she looks “to inspire, challenge, and encourage you with my thoughts and experiences. thank you for journeying with me as i seek to love jesus and others.”

She also writes about her man, saying

“God also uses my boyfriend to show me so clearly His grace and love in the man that he is and how he pursues me, protects me, and forgives me like nobody ever has.”

Sloan Young is a North Carolina native who attended NC State. She majored in Interpersonal Communication but is not clear whether he finished her studies or not. After college, Young decided to dedicate her life to urban ministry. She’s worked with nonprofit organizations including, one in Raleigh, North Carolina and another nonprofit called CryOut! In Seattle.