Haley Graves is the proud girlfriend of NFL player, Josh Reynolds –currently a wide receiver with the Los Angeles Rams.

He played college football at Texas A&M –where he became the only player in Texas A&M and SEC history with multiple 90-yard plus receptions in his career. He was selected by the Rams in the fourth round of the 2017 NFL Draft.

The second year pro, has played in all 16 regular season games and one postseason contest since being drafted and finished the regular season in 2017 with 11 receptions for 104 yards and one touchdown. He finished 2018 with 29 catches for 402 yards and 5 touchdowns. 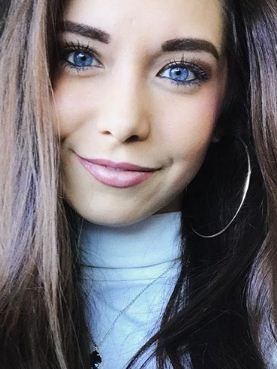 Off the field, he spends time with his gorgeous girlfriend, Haley Graves –who is certainly NFL wag material; she not only is gorgeous but also seems to be talented in her own thing. Like her man, the stunner also attended Texas A&M –which is where the two met.

The Telecommunications and Media Studies graduate, landed her dream job in 2018, according to her LinkedIn she is a digital content specialist NFL/CFB at Fox Sports. She was previously a Digital Reporter at Ventura County Star and was also a reporter at GALvanize and an announcer at Dance Showcase USA.

Haley is quite popular on Instagram, with over 15k followers, she often shares snaps of her lifestyle which includes hanging out with her friends and looking hot with **** outfits. She isn’t shy either when it comes to share photos of her guy.