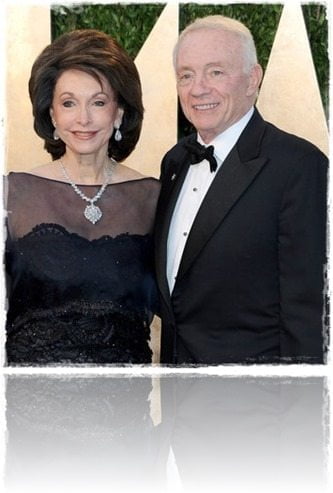 I Think Mrs. Gene Jones the wife of Cowboys Owner Jerry Jones won’t be pleased to see the racy photos of her husband in some comprising poses with several young women. 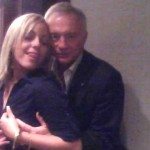 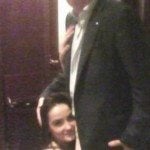 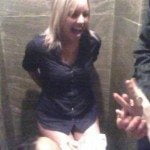 The sexually suggestive posses of Jerry Jones with two young girls were revealed by Frank Hoover, who Deadspin described as a Dallas Cowboys and Mavericks groupie. Hoover was the one who posted the photos on his twitter with the caption The Sins Of Jerry Jones.

Jerry Jones, 72,  and his wife Gene Jones have been married for over 51 years, they have three children together; 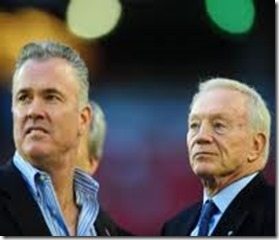 Stephen, 50, who  is the Executive VP of the Dallas Cowboys. 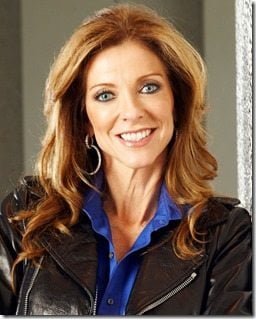 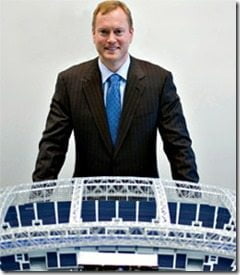 The Jones’ youngest child Jerry Jr., 44, is  the Chief Sales and Marketing Officer and Executive Vice President of the Dallas Cowboys. 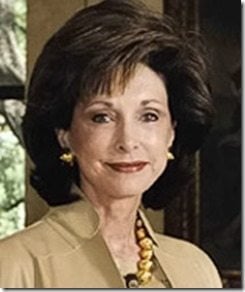