Angela Macuga is the lovely and much younger wife of billionaire Arthur Blank.

Arthur M. Blank was born September 27, 1942. The New Yorker was raised by his parents, Max and Molly and grew up with one brother, Michael.

Before co-founding Home Depot in 1978 with the help of Bernard Marcus, Blank held different positions in the corporate world. He landed his first job at Young and Company. He later worked for Daylin Corporation where he became president of one of its divisions. He was a vice-president of finance at Handy Dan Home Improvement Centers but was fired in 1978.

Home Depot grew to be one of the world’s largest home improvement retailers, fast forward to 2001 Blank stepped back from the company and made a name for himself in the world of professional sports.

The following year he paid $545 million for the Atlanta Falcons and paid another $70 million expansion fee to bring the Atlanta United FC.

In 2006, he was named a Distinguished American by the Walter Camp Football Foundation and was inducted into the Junior Achievement U.S. Business Hall of Fame.

The billionaire married wife, Angela Macuga in June of 2016. 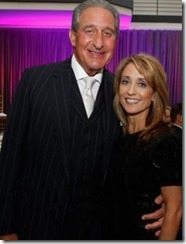 Prior to Angela Macuga, Arthur was previously married to Diana J. Blank and to Stephanie V. Blank. With Diana, his first wife, he became the father to Kenny, Dena and Danielle.

With second wife, Stephanie, he became the father to Max, Kylie and Josh. 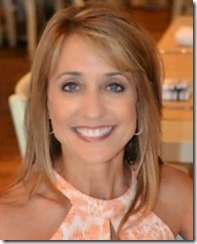 Born in 1968, Angela Macuga who now goes by Angela Blank showed herself to be a supportive partner after Arthur announced he had prostate cancer in early 2016. In March he announced he was cancer free.

As the wife of the Falcons owner, one of Angela’s duties includes attending games. From now on, when you spot a petite brunette next to Blank celebrating a Falcons win, is none other than his wife, Angela.

As her Twitter bio states, Angela is the proud mother of three children from a previous marriage. Angelas children are Emily Lauren Macuga, Andrew Chris Macuga Jr., and Morgan Fields.

Combined, she and Arthur have nine children and five grandchildren.

The pair met back in 2012, while attending a soccer game in which their children played.

Angela Macuga and now Mrs. Blank is a career woman. She is a graduate from University of South Carolina and has made a career in sales and marketing.

She worked for Graphic Solutions Group and Boundless Network but is currently a director of the Arthur M. Blank Family Foundation -The Foundation, where her husband is chairman of the board of directors.

Both Angela and her husband are big on philanthropy, she known to be a dedicated volunteer and powerful advocate for MADD (Mothers Against Drunk Driving) Georgia.