You are here: Home / NFL / Who is Ex Giants QB Anthony Wright’s Girlfriend?

Anthony Wright a former NFL quarterback known for his time whit the New York Giants -is said to have been shot multiple times.

Wright was reportedly shot a number of times following a dispute whit his girlfriend’s ex-boyfriend. The 43-year-old was rushed to a nearby hospital where he underwent emergency surgery to treat his injuries. According to TMZ, he is said to be in stable condition.
His attacker has been named as 47-year-old William “Willie” Moses Hooker Jr. – who’s is currently wanted for assault with a deadly weapon with the intent to kill.

Wright and the shooter allegedly engaged in a verbal altercation when the man was dropping off his daughter at her mother’s home. Police said Hooker shot Wright several times and took off.

Anthony Lavon Wright played for four NFL teams over the course of an eight-year career. The North Carolina native played college football at the University of South Carolina -where he threw for more than 5,600 yards and 38 TDs.
He entered the league as an undrafted free agent for the Pittsburgh Steelers; and went on to play for the Pittsburgh Steelers, Dallas Cowboys, Baltimore Ravens, Cincinnati Bengals and New York Giants. 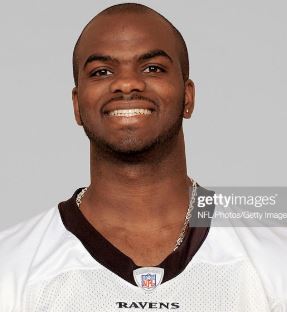 He was a member of the Giants’ 2007 Super Bowl-winning team as Eli Manning’s backup quarterback and appeared in three games that season. He threw seven passes all season, completing one for 12 yards. But that was enough to earn a Super Bowl ring after the Giants upset the New England Patriots, 17-14, in Super Bowl XLII.
In six NFL seasons, Wright completed 54.9 percent of his passes in 31 games, with 20 touchdowns and 25 interceptions. He was 8-11 in 19 career starts.
Wright started 19 games in his career. His football career ended after the Super Bowl with the Giants.

His social media shows, Wright is the proud father of at least three children, two daughters and a  son.