Tiffany Griffen is the lovely wife of NFL player, Everson Griffen –a defensive end for the Minnesota Vikings.

Tiffany’s NFL hubby is an Arizona native born on December 22, 1987; He was a running back and defensive lineman at Agua Fria High School in Arizona.

Griffen played college football at USC –where he majored in sociology and debuted in the NFL for the Minnesota Vikings in 2010. He is known as The Freak –due to his speed and athleticism. 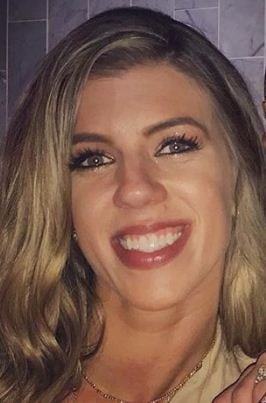 When not doing his thing on the field, Everson –who is a family man, spends time with his wife and kids; and is one of the most active Vikings in the team’s off-the-field charitable endeavors.

The 30-year-old is married to Tiffany Griffen. Together they are the proud parents to three sons, Greyson, Ellis and Sebastian. The two have been together since 2012. As an interesting fact, Tiffany reportedly said to her roommate she was going to marry Everson after just two weeks of dating. The NFL wag and mom of three certainly keeps busy as a stay at home mom and enjoys a low profile.

Tiffany and her hubby are currently facing tough times with reports of Everson having health struggles. The couple may also be facing a divorce according to Deadspin.

The Vikings star defensive end was recently banned from the team due to an incident at a Minneapolis hotel. Reports say the 30-year-old is experiencing mental issues and most recently jumped out of an ambulance.