Let’s get to know Dr Erin

Erin Shannon is the lovely wife of NFL coach, Gregg Williams -currently the defensive coordinator for the New York Jets.

Erin’s husband Gregg Williams was born on July 15, 1958. Prior to the NFL, the Missouri native was a head coach at Missouri’s Belton High School back in the ’80s.

During his career in the NFL, he is popularly known for working as a defensive coordinator for a number of teams including the Washington Redskins, Jacksonville Jaguars, St. Louis Rams, Tennessee Titans, and Cleveland Browns.

In this Article hide
Let’s get to know Dr Erin
Shannon Williams Scandal
Know All About Erin Shannon
How Old is Dr. Erin Shannon?
Sports Psychology
Holistic Practitioner
Top 5 Facts of Dr Erin Shannon
#1 She is Gregg Williams Wife, in fact, his Second Wife
#2 Her father is a former professional athlete
#3 She is highly educated
#4 She runs her own practice
#5 Erin Shannon is a mom of six 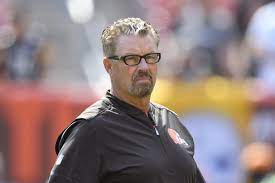 Williams is also known for his connection in the so-called “Bountygate” scandal while when he was with the New Orleans Saints. At the time, he professed to his involvement in the “Bountygate” scandal. It is said that the players received money for targeting individual players on opposing teams for injury. He joined the Jets in January of 2019.

He’s been happily married to Erin Shannon for some time.

Know All About Erin Shannon

Before we get to the facts, here is a quick glimpse of her early life.

How Old is Dr. Erin Shannon?

Dr, Shannon is 46 years old as of 2021. Born in 1975, on March 26 to Mike Shannon, and his  Judyshe, she is the lovely daughter of the radio broadcaster. Her mother Judy died of Cancer in 2007 and that’s when her interest in energy medicine grew.

Erin Shannon took up psychology during her college and found it super easy compared to her peers. Her interest grew with time and now she owns her own clinic where she handles patients from NFL and NHL.

With around 22 certifications and degrees, Dr. Erin is a holistic practitioner. She also studied energy medicine. Her interest in eastern medicine grew when she could treat her mother suffering from brain cancer during her last days. She understood the power of eastern medicine had on her mother and went on to study about it which is how she has multiple degrees and certifications.

Erin is a well-read woman who loves learning and exploring new things every day. Here are the top five facts of Dr. Erin you probably didn’t know.

#1 She is Gregg Williams Wife, in fact, his Second Wife

Gregg Williams has been married two times and is the proud father of three children; two sons and a daughter -from his first marriage. He and his high school sweetheart, Leigh Ann -are the parents of Amy, Blake, and Chase Williams. Dr. Erin was his second wife. Erin was previously married to a businessman and she has three children from her previous marriage too. The couple now takes care of six children now.

#2 Her father is a former professional athlete 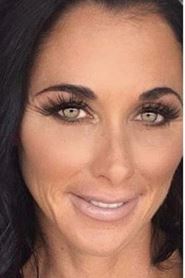 During her mother’s final stage, Erin looked up to energy medicines and could heal her which positively impacted her but was too late. Due to this, she religiously studied energy medicine and has several degrees and certifications.

#3 She is highly educated

In 1998, She graduated from Summa *** Laude in clinical psychology with a Master’s degree from Pepperdine University and then got her Ph.D. in 2001. According to Fox Sports, she has more than 22 degrees and certifications in eastern medicine. She was a bright kid from her school and psychology came easy to her where she could grasp things quickly compared to her peers. Her love for learning and exploring new things helped her succeed.

Check out one of her interviews below:

#4 She runs her own practice

According to her LinkedIn, before setting up her own business, she initially practiced at Washington University School of Medicine. Dr. Erin Shannon: Sports Psychology in April 2000. She has closely treated patients, several popular celebrities as well as athletes in the MLB, NFL, and WNBA. She was unsure about setting up her own business but she gave it a go. She was overwhelmed with the number of patients on her first day at her clinic and she never looked back ever since.

#5 Erin Shannon is a mom of six

Dr. Erin Shannon was also previously married to a St. Louis businessman. She and Gregg met in 2012 and were married in 2014. Now the couple is raising six children together; Kennedy, Lochlan, Raferty, Maddoc, Hennesy, and Teaghan. Handling her own business and family, Erin is truly an inspiration to all. Know any other facts about Gregg William’s wife? let us know in the comments below! Also, check out her social media handles below.

Interested to know more about her professional life? Don’t forget to check out her LinkedIn profile here.

Want to know more about the loves and lives of NFL’s Hottest Wives and Girlfriends? Be sure to take a look at our most popular content here.