Erika’s boyfriend is a quarterback with the New Orleans Saint, he played until recently with the New York Jets.

He was selected 32nd overall in the 2014 NFL Draft by the Minnesota Vikings. He played with the Vikings until 2017 and signed with the Jets earlier this year; since then he’s been traded to the Saints.

The 25-year-old is currently in a relationship with Erika Cardona. 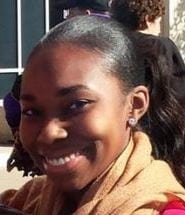 Erika Cardona and Teddy are high school sweethearts. The two met while attending Miami Northwestern –where Teddy had a stellar career and was considered one of the top dual-threat quarterbacks in his class.

But Cardona is also well accomplished. The two have been tight for years, in fact, Erika who is a children book author –published her very first book “Little Bear Teddy” last year, and used her boyfriend’s true story of hard work and perseverance as inspiration for it.

Cardona basically married her interest and passion for children with her boyfriend’s life example.

The book is described this way on the author’s website:

“A fictional book series that children of all ages can relate to. The series touches on real life events and values. Little Bear Teddy has four core values: Determination, Teamwork, Honesty and Kindness.”

While her NFL stud does his thing, Erika who holds a degree in Early Childhood Education –is probably cooking up her next book.

Erika Cardona grew up in Miami, FL with a love for reading and writing. She began reading poetry at an early age, and when she isn’t writing, she teaches and tells children that reading is fundamental.