Chanda Williams is the longtime wife of retired NFL star, Erik Williams –best known for his time playing with the Dallas Cowboys.

Chanda’s hubby is a three-time Super Bowl champ who played with the Dallas Cowboys and Baltimore Ravens from 1991 to 2001.

Born Erik George Williams on September 7, 1968; the Philadelphia, Pennsylvania native played in the NFL for a decade as an offensive tackle, mostly with the Dallas Cowboys. He played his final season in 2001 as a reserve for the Baltimore Ravens. Williams was also selected to four Pro Bowl teams and earned two All-Pro First-Team nods.

Erik has been married to wife Chanda Williams for years. However things haven’t always been smooth. In 2003 Chanda Williams called the cops on her husband and accused him of domestic abuse.

At the time Chanda told cops a drunk Williams hit her in the face, grabbed her by the throat and shoved her into a mirror and onto the floor. As result, Erik was arrested and arraigned on assaulting charges. 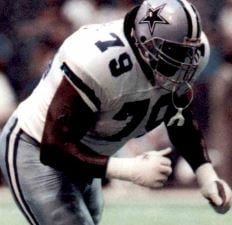 Williams is no stranger to court proceedings. In 1994, he pleaded no contest to misdemeanor drunken driving charges after an October accident that caused him to miss the end of his football season with the Dallas Cowboys.

In April 1995, he was accused of the sexual assault of a 17-year-old, but a grand jury declined to indict him two months later, citing insufficient evidence. He was also falsely accused of raping a woman Dec. 30, 1996. It’s unclear if Chanda was the woman involved in the previous accusations. 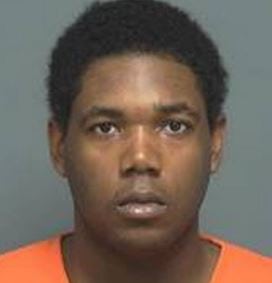 Erik and wife Chanda Williams are the proud parents of a son, Cassius Shakembe Williams –a 20-year-old who was recently arrested on double murder charges.

According to reports, Erik and Chandas’ son has been charged with two counts of capital murder, meaning he could get the death penalty if convicted. Bond was set at $1million. Until recently, Cassius was a football college player at his father’s alma mater, Central State University –where he played as a defensive tackle.

It is not clear if Erik and Chanda Williams remain together.