Jessie James Decker is a TV personality, entrepreneur, country singer, and songwriter from Nashville, Tennessee. She is well-known for her style of music that blends country sounds with soul and pop music. At the age of 17, she got her major breakthrough when Carla Wallace of independent label Big Yellow Dog Music helped her to launch her music career. In August 2009, she released her first full-length album, Jessie James to moderate success. She also appeared on the E! Reality show, “Eric & Jessie: Game On” with her husband Eric Decker in 2013. For more thrilling information about Jessie James Decker, Log into Player Wives Wiki. 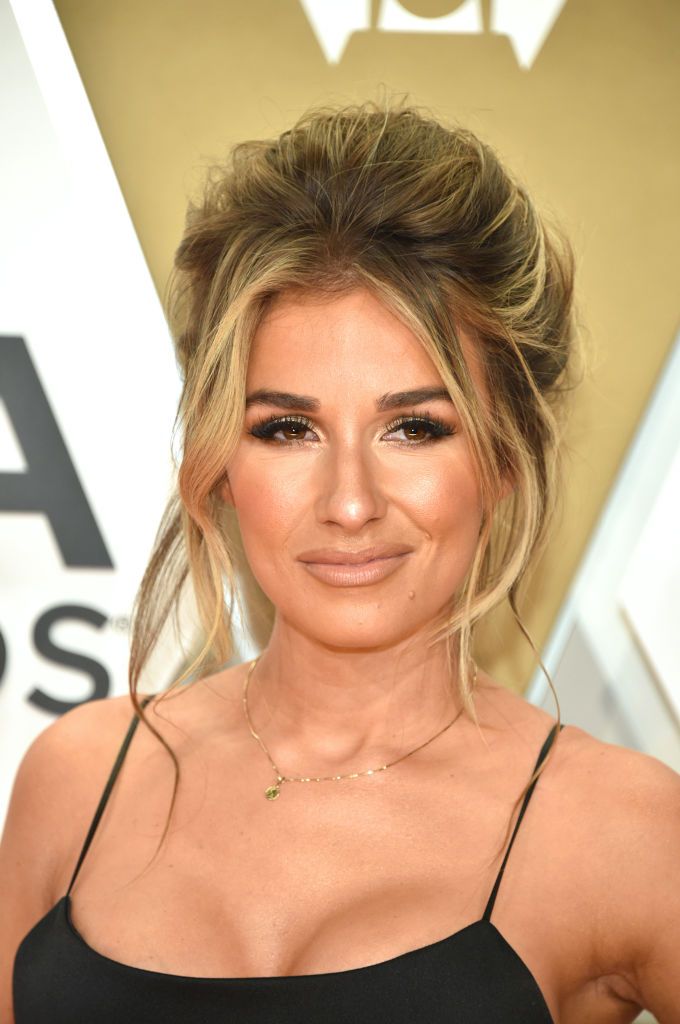 Jessie with her husband, a former wide receiver in the NFL, Eric Decker, starred in the E! Reality show Eric & Jessie: Game On. The show ended in April 2014 but was restarted in September 2017.  It ran three seasons, having 20 episodes.

On August 11, 2009, Jessie dropped her debut album, Jessie James via Mercury Records. The album ranked number 23 on the US Billboard 200, with the album’s lead single, “Wanted”. The song reached the top 40 on the Billboard Hot 100; also, it was certified gold in the US. Here are some of the best tracks of Jessie: 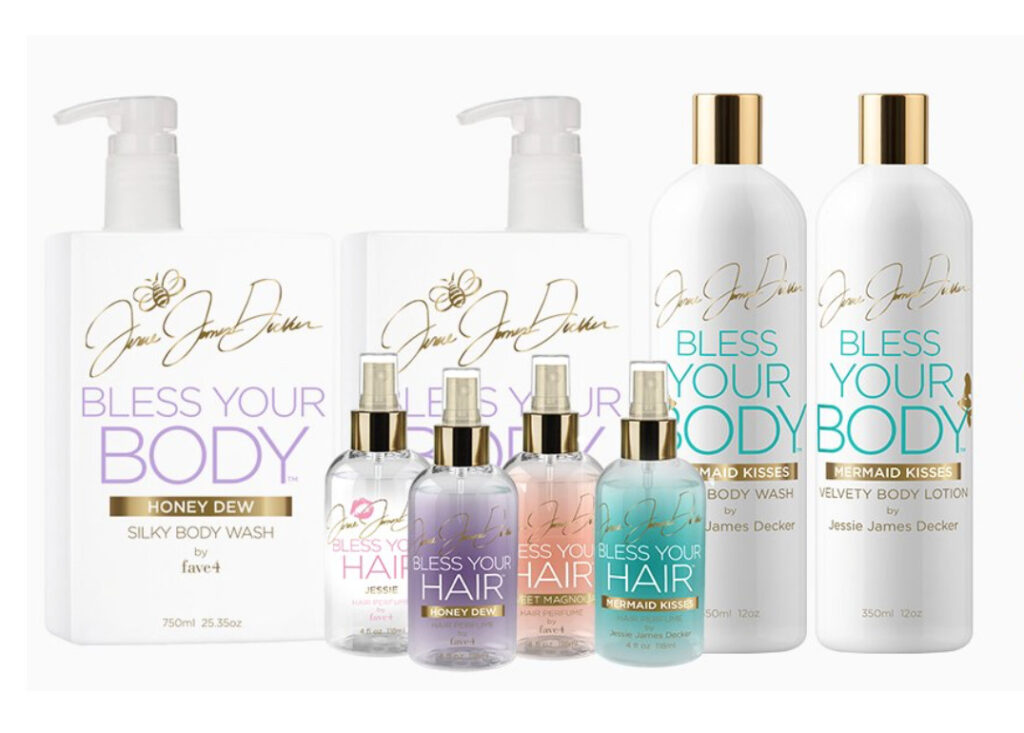 Jessie has branched out to hair and beauty products; she has teamed up with FAVE4, a company that sells hair products such as shampoo, conditioner, and hairspray to hair accessories and tools.

She is an ambassador for the brand Fave4, and within Fave4, she has her own brand called Bless Your Hair—a hair perfume that the company sells at Target.

Jessie James Decker and Eric Decker are biological parents of three kids. The couple wed in June 2013 in Colorado, becoming parents in 2014, when their daughter, Vivianne, arrived and Jessie gave birth to sons Eric and Forrest in 2015 and 2018, respectively.

Jessie Decker and her NFL hubby announced they were expecting their first child together on September 21st, 2013 via her Twitter and revealed they are having a girl on Instagram. 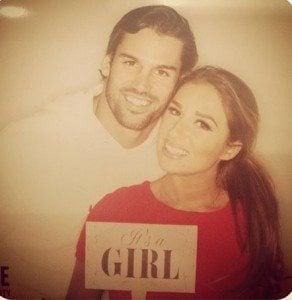 Jessie’s family of five is full and she is not planning to get pregnant again. On March 30, 2021, Jessie revealed that she’s done having more kids.

Jessie’s biological father is Robert James, reportedly she does not speak to her father for unknown reasons.

Jessie James Decker has two younger siblings, Sydney Rae Bass (born 1991) and John James (born 1994), and two step-siblings, Ashley and Alex Parker (from her father’s first marriage) and two siblings-in-law, Anthony Bass and Alison James (formerly Green). She is no longer on talking terms with her younger brother John James. In one of John’s conversations, he claimed that “he is no longer on speaking terms with his older sister due to the fact that she “forced a conversation that wasn’t appropriate”. However, Jessie never made any comment on it.

Jessie lives in Nashville, Tennessee with her husband, Eric Decker, a retired NFL player, and their three children. 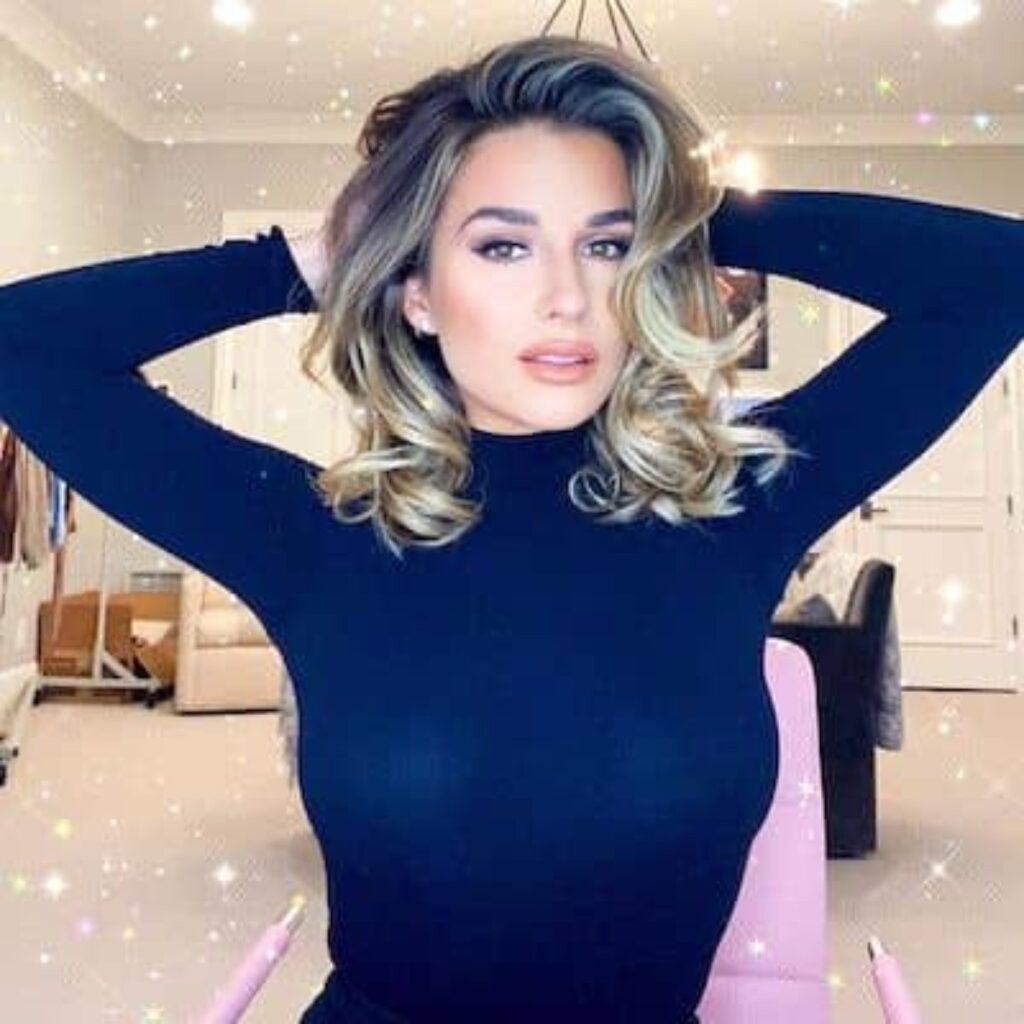 Jessie has made an impressive amount of net worth from her career as a singer, fashion designer, and entrepreneur. As of 2022, her estimated net worth is $10 million. 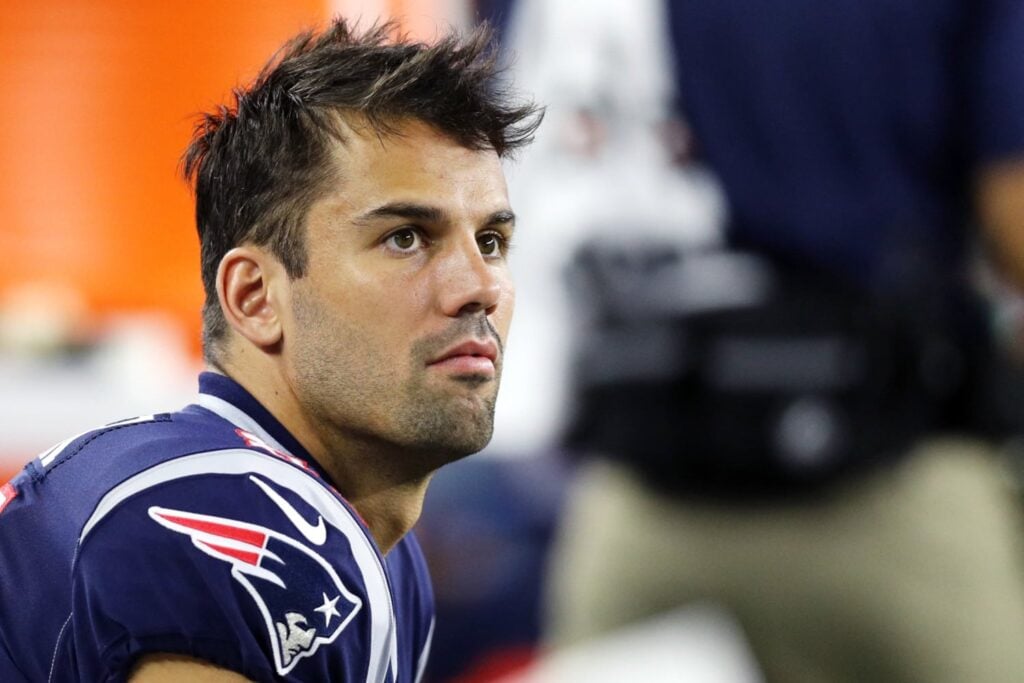 Where is Eric Decker from?

Retired NFL player, Eric Decker,    and singer Jessie James tied the knot at St. Francis of Assisi Church in Castle Rock, Colorado and they organized their reception at Castle Cliff Estate in Sedalia.

Eric and Jessie open their lives to the world were they starred in E!’s reality show Eric & Jessie: Game On where in front of the world they said “I Do” 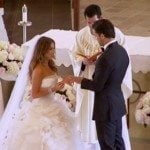 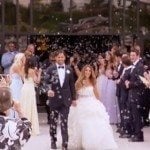 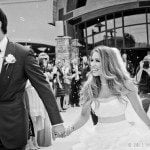 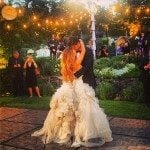 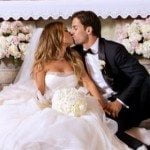 Retired NFL wide receiver is the proud husband of the talented Italian- born country singer and songwriter Jessie James. The power couple walked down the aisle on June 22, 2013, in Colorado. Together they have three children.

Eric Decker has an older sister Sarah Decker who is equally an athlete. Currently, she lives in New York and serves as a global strategy director at American Express. After marrying Vimeo marketing director Jeremiah Linder, she changed her surname to Linder. 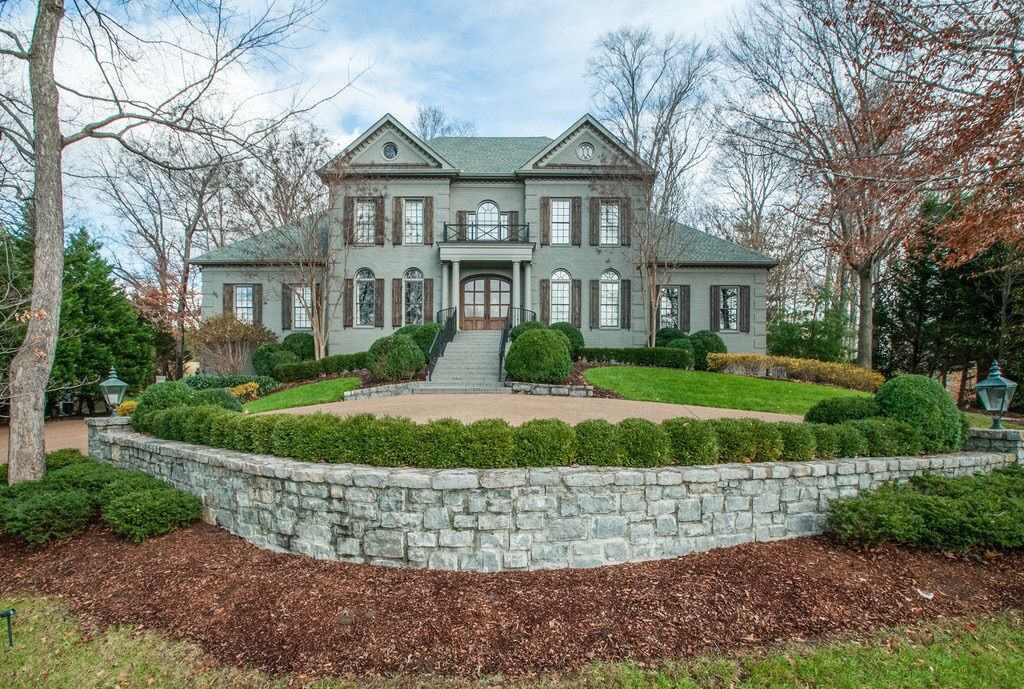 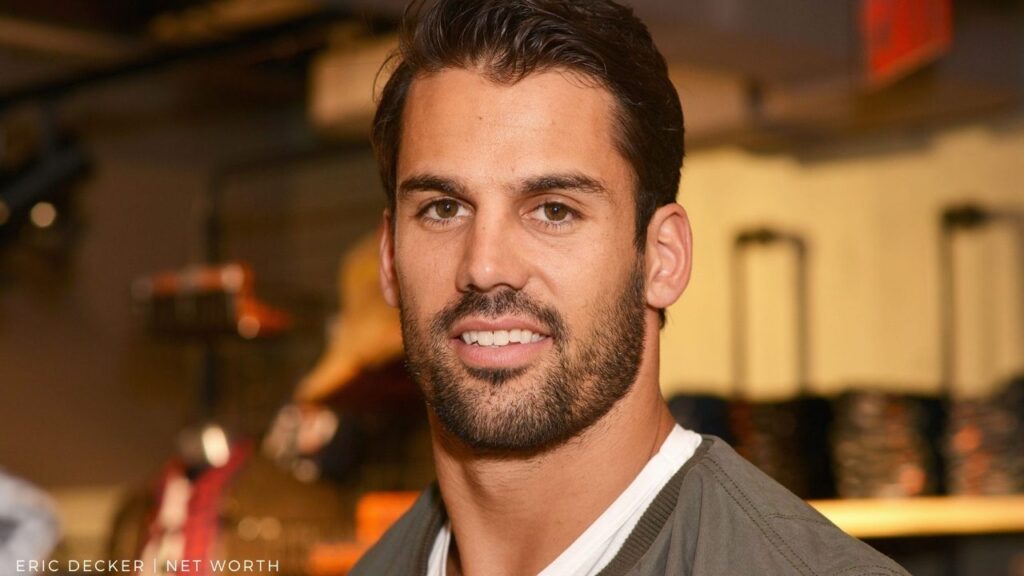 Eric Decker, a former American football wide receiver has an estimated net worth of $10 million.

Former Gophers wide receiver, Eric Decker, was the guest picker for ESPN’s College GameDay in Minneapolis. Eric Decker, along with Desmond Howard, David Pollack, and Lee Corso made selections on who they think won various games.

In August 2018, Eric Decker decided to retire from his football career. In one of her interviews he stated that he completely enjoyed working with Julian Edelman and Tom Brady while working under Bill Belichick- Decker’s coach. But after a rough training camp, Decker realized that he wasn’t playing well enough to make the team. He took the decision to retire after consulting with his wife and his agent. Now he’s enjoying his time with his lovely wife and insanely adorable three children.

Jessie and Eric Decker posed together  for the GQ’s February Love, *** & Madness Issue. 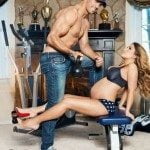 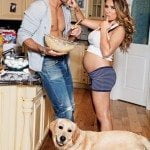 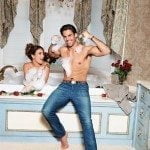 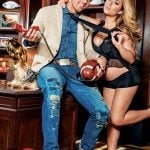 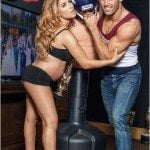 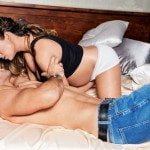