Ella Bonafede is the pretty girlfriend of NFL player, Daniel Jones -a Quarterback for the New York Giants.

Ella’s NFL beau, aka Danny Dimes -has had quite the year, he wasn’t only the No. 6 overall pick in the 2019 NFL Draft but has also been named starting quarterback .
Jones hit on 29 of 34 pass attempts in the preseason for 416 yards, two touchdowns and no interceptions.

While attending Duke and met girlfriend, Ella Bonafede. It is believed the two have been dating for over a year now.
Ella Bonafede was born in Cleveland on June 30, 1997; however she calls Bay Shore (N.Y.) her hometown. Ella is one of four children born to Mary and Joe Bonafede. She has three brothers Sam, Andrew and Ben Bonafede.
Sam and Andrew -have played lacrosse collegiality. Sam Bonafede played as a midfielder for Princeton until 2018, while Andrew is a goalie for Duke’s men’s team. 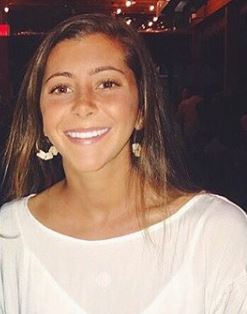 Ella is no exception, Ella who graduated earlier this year, was a member of Duke’s women’s lacrosse team that played in the ACC Championship semifinals in Chesnut Hill (Mass.)
She attended St. Anthony’s, a co-ed Catholic school in the area. Per a report on her commitment to Duke, she played as a midfielder for the No. 3 team in the Nike/US Lacrosse national girls’ Top 25 as a sophomore.
She also competed on the Long Island Top Guns, a summer travel team. She states that she played at the All-American Showcase, the National Draw, Club National Championship and the U-15 National Championships. Newsday ranked her as one of the top-100 players in the area in 2014.

According to her LinkedIn, Ella is listed as a Research Associate at Guidepoint. She previously served as a Clerical worker at ENT and Allergy Associates. She holds a Bachelor of Science -BS Evolutionary Biology Major & Global Health Minor from Duke.