Elise Pollard is the stunning wife of Golden Tate, an NFL player formerly with the Giants. The couple got married in 2017. Keep learning about Elise on the facts below!

All the Gossip on Golden Tate’s Wife

Elise and Mr. Tate are known for being humble and the kindest souls around. She loves cats, going to the mountains, shopping (in a frugal way), and doesn’t hesitate to drink champagne! Elise enjoys listening to Chris Brown’s music and she and Russell Wilson’s ex-wife, Ashton Meem are close friends. Her eyelashes are her best asset. People think they are fake, but they are 100% real!

Elise M. Pollard, 26, graduated from the University of Washington with a degree in Marketing and Sales.

She joined other Seahawks WAGs in October 2011 at the Seahawks Women Association to their annual charity event along with the Children’s Hospital in the fight against cancer.

Ms. Pollard is currently a business developer at Harvey Nash and before this, she was a marketing intern at Costco Wholesale, in 2009. She also became a marketing and sales intern at Alaska Airlines in 2008.

Their romantic love story began at a party at a bar. Both Mr. and Mrs. Tate were there with their friends and Golden approached Elise to ask if he could buy her a drink. They got or, Gooden moved to Seattle and the couple became serious. It was Golden’s persistence that impressed Elise. On their meeting night, he convinced Elise and her friends to stay and removed his shoes to make them feel comfortable since they were having trouble with their heels.

Golden Tate and Elise Pollard got married in 2017 after a 15-month engagement. She wears a platinum ring with an oval-shaped diamond and prong setting. She often flaunts her ring in her Instagram pictures.

Golden has been a married man since 2017. But, rumors of him having an affair with Russel Wilson’s wife gained momentum recently. Experts have been speculating that Golden’s return to Seattle Seahawks might be barred due to the bad blood between Golden and Russel Wilson.

The past year has seen a lot of drama between the Tate family and Jalen Ramsey. Wide receiver Golden Tate’s sister, Breanna Tate was in a serious relationship with cornerback Jalen Ramsey. They also have two daughters together. Last year, Jalen reportedly left Breanna for a dancer while Breanna was pregnant with her second daughter. This has led to bad blood between the players, often reflecting on the field. There have been multiple spats between Golden and Jalen. Golden has publicly expressed his anger with Jalen about the split with his sister. 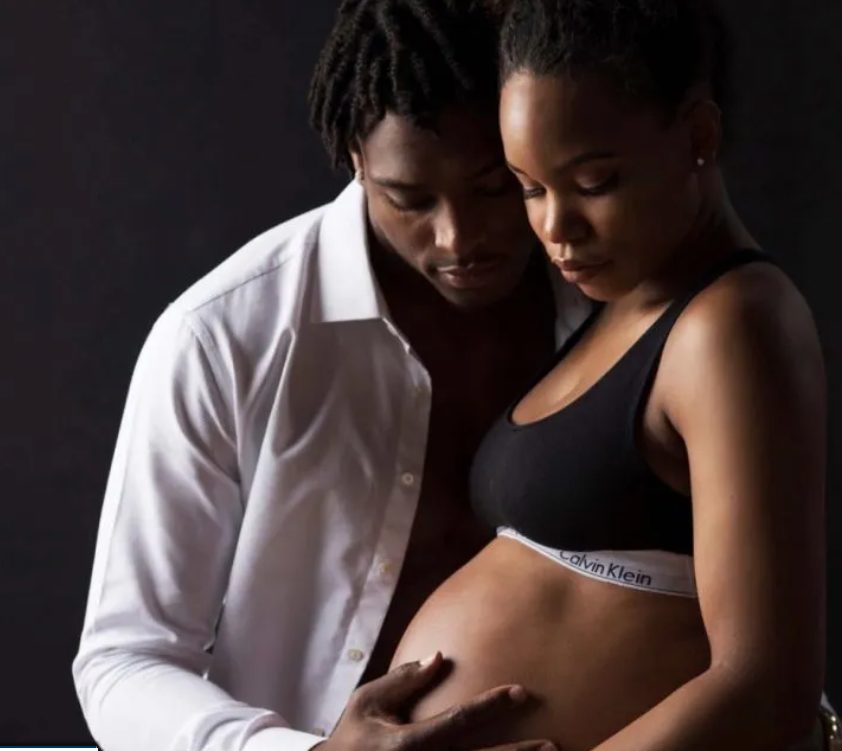 At the present moment, late in 2021, Golden Tate is in free agency. The veteran receiver was released by the Giants in 2021 while he was in the middle of a four-year contract worth $37.5 million. After he had an underwhelming stint with the Eagles, he was signed by the Giants in 2019. While he performed well in two seasons, but the year 2020 went south for him when he caught only 35 passes for 388 yards.

While Golden was a part of the Giants, he missed the last two games because of a calf injury. He also endured a minor knee injury while at practice. Golden is now a free agent but he might face some problems while looking for a new team because of the recurring injuries and two suspensions he faced last year.

After signing a contract with the Giants in 2019 worth $37 million, Golden was supposed to be paid an average salary of $9,375,000. But, he has been released by the Giants from his contract in 2021. He is now a free agent. The release opens up a cap space worth $6 million for the team.

Having been in the game for more than a decade, Golden has gathered much for himself financially. He is estimated to be worth $9.5 million. However, now that he is a free agent, he needs to sign a contract with a team to keep the big bucks coming in.

Checkout Golden’s interview back in 2019 when he started with the Giants. did he live up to his promises?

Starting his career with the Seattle Seahawks in 2010, Golden has gone through several teams before he ended up with the Giants in 2019. In 2021, he was released by the team and is now a free agent.

Golden joined the Detroit Lions after the 2013 season, signing a contract worth $31 million worth $13.5 million guaranteed. He stayed with the Lions until he was traded mid-2918 season to the Philadelphia Eagles.

Born and brought up in Hendersonville, Tennessee, Golden went to the Pope John Paul II high school. He was a tri-sport athlete, competing in baseball, football, and track & field.

In 2017, pictures of Golden Tate wearing the Make America Great Again cap surfaced. The fans of the athlete were disappointed to see him support the controversial president. However, the athlete cleared the air using Twitter and made his stand clear. He denied having ever worn those hats and strongly said that he was not a Trump supporter. However, some Twitter users were still upset with him. Tate pressed that the weekend when photos were clicked was all about his marriage only.

Golden is a veteran of the sport and there is a reason that he has been in the game for so long. Back in 2012, he made a vicious block to Sean Lee. The block was legendary, to say the least, but Golden was fined $21000 for the hit. It was the celebration that rubbed the board and Sean Lee the wrong way. Here’s the video.

Elise has about 53k followers on Instagram who she keeps updated with beautiful pictures of her family. You can follow her @mrsshowtimetate

Ms. Pollard is very supportive of her boyfriend: she has many tweets showing love and support for the Lions. She did the same thing while Golden was with the Seahawks. Check out their Instagram and Twitter profiles-

Looking for more on the loves and lives of the NFL’s Hottest Wives and Girlfriends?

Who are the Hottest NFL Wives in the game?

How about the Hottest 11 NFL Quarterback Wives and Girlfriends? Disagree with us in the comments section.