Elise Berry is the proud wife of NFL player, Ryan Griffin -currently a tight end for the New York Jets.

Elise’s husband signed a three-year extension with the Jets on Saturday. The deal is worth up to $10.8 million, according to NFL Network, and includes $4 million guaranteed.

Ryan Francis Griffin was born January 11, 1990; the Londonderry, New Hampshire native played college football at Connecticut. He was picked by the Houston Texans in the sixth round of the 2013 NFL Draft.
He spent six seasons with Houston. The Texans cut him in May shortly after he was arrested for public intoxication and vandalism for punching out a hotel window during the draft in Nashville. The charges were later dismissed.
Griffin was without a team for two months until the Jets came calling and what felt like a minor signing at the time has had a major impact.
He has started every game for the Jets this year and leads the team with four receiving touchdowns. He has 25 catches for 269 yards.
Griffin who was scheduled to become a free agent in March -is happily married to the lovely, Elise Berry who now goes by Elise Griffin. 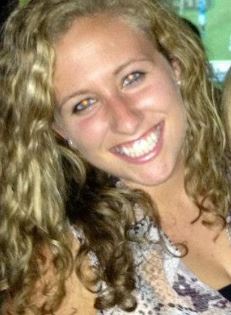 According to her social media, Elise Berry also hails from Londonderry, New Hampshire.

The blonde holds a Bachelor of Sciene (B.S.) Psychology from Endicott College. According to her LinkedIn, she has worked from Pyarmid Hotel Group, Boston Harbor Hotel and Sonesta Hotels -in different roles including executive meetings manager and conference services coordinator.
Most recently, she lists herself as a volunteer. Elise who currently resides in Houston, Texas with her NFL hubby writes in the about section
“Highly motivated and driven young professional with a passion for sales, event planning, psychology, and travel”

Elise and Ryan Griffin dated for several years before becoming husband and wife on June of 2017.
Find Elise Griffin on Instagram here.