Diane and her hall of famer husband have been married for decades but the couple doesn’t not have any children together. Get to know the lovely lady in her top facts below.

Let’s do a quick freshen up on her hubby first.

Known as “Iron Mike” Ditka was born Michael Keller Ditka on October 18, 1939. The Pennsylvania native was a consensus all-American and became the only Bears Coach to win a super bowl.

As a player, the Bears first-round draft pick, caught 56 passes for 1,076 yards. as the NFL Rookie of the Year in 1961, the first of five straight Pro Bowl seasons. He caught 59 passes for 794 yards and eight touchdowns during the Bears’ run to the 1963 NFL championship.

He had 84 straight starts with the Bears and though he played most of his career with the team, he also went onto play with the Philadelphia Eagles and the Cowboys.

In his first start as a coach, he coached tight ends and special teams for nine seasons with the Cowboys until 1983 –when Ditka arrived to the Bears. He guided the Bears to the Super Bowl XX victory after a 15-1 season in 1985.

Ditka became one of two people to win an NFL title as a player, assistant coach and head coach.

Ditka who has been married twice has been with second wife for several decades. 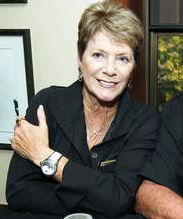 Diana is his wife of four decades

Formerly known as Diana Trantham and Mike Ditka were married on July 8, 1977. The couple who’s been together for the past 40-years were married in Dallas, Texas.

Her husband was previously married.

Mike Ditka’s first wife was Margery “Marge” Dougherty. The couple tied the knot on January 28, 1961. They welcomed four children during their marriage. Mike and Margery divorced in September 1973.

She became a stepmom

Though Diana and Mike Ditka do not have any children together she became the stepmother to Mike’s four children Mike III born in 1961, followed by Mark in 1962. Daughter Meghan was born in 1964 and the youngest, Matt, born in 1966.

Her husband didn’t spend much time at home

The reason for Mike’s divorce from his first wife was said to be due to his busy career as a player.

Diana Ditka had a close relationship with her mother-in-law

According to Diana Ditka, age made Mike more cooperative. The long time wife said she wouldn’t even talk to him after a game if the Bears lost. But with time, the former coach became calmer.