Her famous husband may return to NFL activity after 8-years without taking an NFL snap. According to reports, Tebow and Jaguars coach Urban Meyer, have been in talks about bringing the 33-year-old in for a shot at playing tight end.

Will the idea sit goo with Mrs. Tebow? Check out her five top facts. 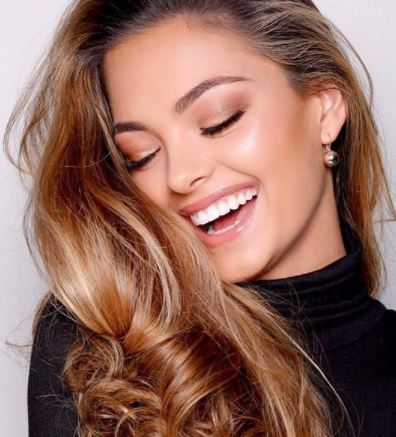 1. She is from South Africa

Demi is from Africa’s first official Slow Town, Sedgefield in the Western Cape. She was born June 28, 1995; she is the daughter of Bennie Peters and Anne-Mari Steenkamp, her parents are divorced.

2. She is a college graduate

During her time as a student she was also a part-time model for Boss Models and Vision Management.

3. She is a former Miss Universe

At 22, Demi-Leigh Nel-Peters was crowned Miss Universe in 2017. She made history after becoming only the second titleholder from South Africa following a 39-year wait. The first was Margaret Gardiner who won Miss Universe in 1978.

During her time as a beauty queen she became known for her campaign which she titled ‘unbreakable’ after she was able to scape a carjack attempt thanks to a self-defense class she took.

4. She lost her sister

In 2019, Demi’s little sister died aged 13, she shared the news on social media
“My little Princess, Angel on Earth, biggest joy and baby sister, Franje, passed away earlier today. Our hearts are aching beyond measure but I am grateful knowing she’s forever relieved of the pain she experienced on earth,” the South African model wrote. “She’s laughing, running and playing in heaven just like we always hoped she would on earth . She’s free ! Thank you for all your prayers, love and support.”

Demi’s younger half-sister, Franje was disabled, she suffered from cerebellar agenesis, meaning she was born without a cerebellum.

Demi and Tim -who are both Christians, became a thing after crossing paths at a Super Bowl party.
They began dating during her reign as Miss Universe in 2017. On January 10, 2019, Tim got on one knee, asked her to marry him. The two became husband and wife on January 20, 2020 during a ceremony in Franschhoek, South Africa.