Dawn Elliot is the proud mother of Dallas Cowboys running back, Ezekiel ‘Zeke’ Elliot. Her 21-year-old son attended Ohio State, where he earned second-team All-America honors and was drafted by the Cowboys fourth overall in the 2016 NFL Draft.

Dawn’s son has been recently making headlined and not for the best of reasons. According to TMZ Zeke who was involved on a bar incident, punch a guy in the nose and left him lying in a pool of blood.

On the other hand, her star son went on to win the NFL rushing title as a rookie with 1,631 yards while leading the Cowboys to a first place finish in the NFC. In 2015, he helped Ohio State win the inaugural College Football Playoff National Championship. He won 4 Missouri State Championships in track and field as a sprinter and hurdler. 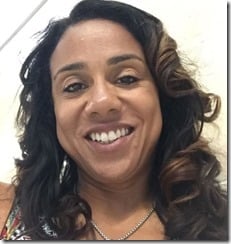 The former Dawn Huff, was a high school state champion in three sports before attending the University of Missouri and running track there.

2. She is married to Stacy Elliot

Dawn is married to her college sweetheart, Stacy Elliot with whom she welcomed three children.

3. Her husband is also a former college athlete

Stacy, was a linebacker for the Missouri football team. According to STLtoday, Stacey Elliot, as a linebacker during the bad old days at Missouri. He played on teams that compiled a 12-31-1 record. Elliott’s maternal grandfather played basketball for Drake University.

4. Dawn Elliot is the mother of three children

Aside from Ezekiel, she is the mother of two daughters, Lailah and Aaliyah.

5. She is very active on social media

Dawn Elliot who goes by Mrz_elliot on Instagram, often documents her daily activities. Most of her pictures include images of her NFL player son.