Tita is the **** Latina wife of NFL player, Darren McFadden. Her 29-year-old husband is currently a running back with the Dallas Cowboys. Keep reading to know Tita’s biography.

Darren attended Oak Grove High School where he starred as prep athlete. He played multiple positions for his varsity football team but was primarily used as a running back on offense and a safety on defense. During his final season at Oak Grove, Darren was named to the Parade All American Team in 2004 along with Arkansas High School Player of the Year by Arkansas Democrat-Gazette.

Darren committed early to playing for his in-state school, University of Arkansas, many of the top SEC schools also recruited him heavily.

Before his junior season, Darren was already to be believed as a top draft selection for the 2008 NFL Draft. He was the frontrunner for many awards including the Doak Walker Award, the Maxwell, and the Walter Camp Player of the Year. His junior season only cemented such expectations. Darren finished the season with 1,830 yards and 16 touchdowns.

Darren was selected 4th overall by the Oakland Raiders in the 2008 NFL Draft.

He struggled to stay healthy early in his NFL career but managed to rush for 1,157 yards in 2010, his third season. After seven years in Oakland, he signed with the Dallas Cowboys in 2015. Playing on the first year of his two-year deal, he totaled 1,089 yards on 239 carries.

The running back saw the field for a full 16 for the second straight year – and the first two times of his career. 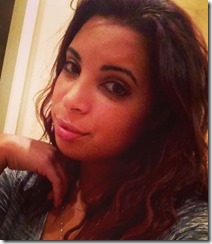 Tita or Mrs. McFadden isn’t much of a social network fan. Apparently she doesn’t have Twitter or Isntagram but we can still see her lovely photos on Darren’s Instagram account. 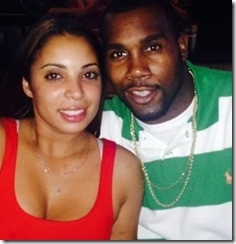 Not much is known about the lovely NFL wag, while some sites say she is the mother of Darren’s three children, some claim McFadden had three children with three different women.

What we do know is that the couple is in fact hitched and for now, Darren doesn’t seem to have eyes for any other ladies than the lovely Tita McFadden.