Terri Stubblefield is the wife of former NFL star, Dana Stubblefield -a former defensive tackle who once played for the San Francisco 49ers.

Terri’s husband spent a total of seven years with the San Francisco 49ers, three years with the Washington Football Team, and one year with the Oakland Raiders as a defensive tackle.

Dana William Stubblefield was born November 14, 1970. The Cleves, Ohio native attended Taylor High School in North Bend, Ohio. He later played college football at the University of Kansas. He was a defensive lineman for KU from 1989-92, earning all-conference honors in both 1991 and 1992.

He was the 49ers’ first round draft pick in 1993. He played with the team until 1997 and again from 2001 until 2003.
He was named to the NFL All-Pro team from 1994 through 1997, and was named NFL Defensive Player of the year in 1997.
After stints with teams including the Washington Redskins, the Oakland Raiders and New England Patriots; he retired at the start of the 2004 season.
In his final season, the NFL fined Stubblefield and three other Raider players for testing positive for steroids. In 2009, a federal judge fined him $5k and placed him on two years’ probation for lying to federal investigators.

After retirement, he followed the path of many retired players becoming a commentator. He also worked with charities including the Special Olympics.

Dana can most recently add, convicted felon, to his resume -which ultimately led him to the tear of his marriage. 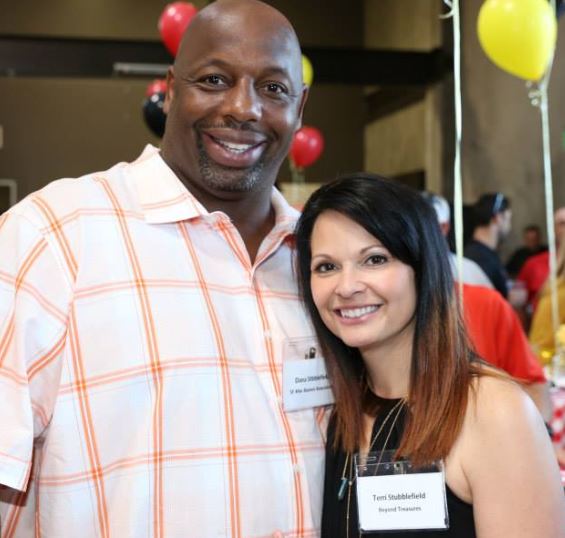 Terri Stubblefield, is no more. She and her husband were married from 2009 until 2016. Meaning they were husband and wife for seven years prior to their divorce.

She bared the famous last name of her ex-husband until early 2016, when she filed for divorced citing “irreconcilable differences.” Divorce documents state February 17 as the date of separation.

It was Terri who filed for divorce at the time and who could blame her really! The man whom she once called her husband and whom she probably married very much in-loved with, betrayed her in a totally horrible, embarrassing way and he’s even being punished by the law for it.

Sadly, like many athletes who simply can’t seem to have it all -Dana totally ruined his chances at a happily ever after with his lovely wife. Dana’s career had already come to a halt but he threw away his personal life as well.
The now 49-year-old reached a downfall of major proportions. It came after serious allegations were made against him four years ago.
According to numerous reports, a developmentally-disabled woman pointed at the former defensive tackle, as the man who forced her to have intercourse, giving explicit details of the encounter.
Though the incident took place in 2015, he wasn’t accused until 2016 and was recently found guilty in trial. He is facing over a decade in prison.
If you want to read more about this delicate and embarrassing topic you can read all about it here.

The lovely Terri, wasted no time and quickly after the found about about the assault, she told Dana to get lost. 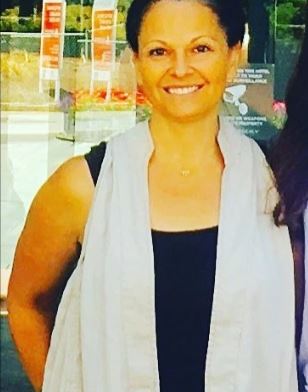 Terri Stubblefield was born Terri Lynn Trotter on June 11, 1971 in Santa Clara County, California. She is one of two daughters born to John and Linda Trotter. She has one older sister named, Cindy.
Terri lost her father on January 12, 2004.

The former NFL wag has actually been married twice. Terri first tied the knot in 2004 to a guy named Mike Braxton. Her first married obviously tanked though is not clear exactly when she and Braxton parted ways.
She found love again in 2009 with Stubblefield with whom she welcomed two children. However, we all know how that went for her.
At the time of her second divorce, Terri requested full custody of their kids, as well as spousal support, and offered visitation rights for Dana.
During their marriage the former couple became parents to two children, who at the time of their separation were one, and four years old.

But it wasn’t all bad, during happier times, Terri and her Dana were not only husband and wife but also business partners.
In 2014, the once couple opened a jewelry shop called Beyond Treasures -a bridal and fine jewelry joint.
According to its social media, Beyond Treasures is located in San Jose, California. At the store you can find engagement rings, diamonds, bridal, fashion jewelry, watch repairs, jewelry repair, fine jewelry, and even custom designs.
Terri who now goes by Terri Trotter Stubblefield -still seems to be the owner. She is definitely not your average wag as she runs her own business. She goes by other names including Terri Lynn Stubblefield, Terri Lynn Braxton, Terri L Braxton.

Terri’s love for jewelry goes long back after she previously managed another jewelry store before starting her own.

According to Beyond Treasures’ website, the store takes pride in their customer service saying

“Here our goal is to go above and beyond any other jewelry store, striving to make sure our customers are well educated and know all the facts before buying anything and walking out of our store. We do our very best to make sure you have enough knowledge in hand and your trust is established. It’s very important for us to build a solid relationship with each one our customers because you are buying more than a piece of Jewelry you are buying a lifetime of memories”

Terri also shares on the website she loves her native California and wouldn’t live anywhere else. She gives her customers a positive vibe encouraging them to wear jewelry with confidence and telling them to live life to the fullest. The black haired lady who also seems to be a woman of faith, is on top of what’s in and what is not.

Needless to say it is obvious Terri stays busy with her business and her two kids.

Terri Stubblefield hasn’t been very vocal when it comes to her divorce. In fact, she has never stated anything publicly. She seems to be very reserved and guarded of her personal life, so much that she is not into social media.