Crystal Espinal is the girlfriend and baby mama of wide receiver and return specialist for the Kansas City Chiefs, Tyreek Hill.

Crystal’s former beau is one of the best wide receivers in the NFL; he was selected to the Pro Bowl in 2016, 2017 and 2018. However the 25-year-old has been suspended after hearing audio of alleged child abuse.

The Florida native born March 1, 1994; ran track in high school and was named Track and Field News “High School Athlete of the Year” in 2012. That same year, he was a USA Today All-American track and field selection.

Hill who was dismissed from the football and track teams of Oklahoma State, finished his college career at the University of West Alabama. He was still drafted in the 5th round by the Chiefs.

It was during his time in college that he met, Crystal Spinal. Check out five interesting facts about her. 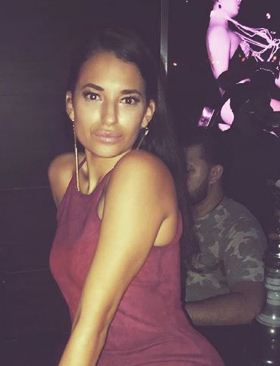 #1 She is the mother of Tyreek’s toddler son

Crystal Marie Spinal was born August 4, 1994; to parents Sergio and Dana Espinal. She has one older brother, Brandon. She met Tyreek while attending Oklahoma State University and started dating him in 2014. During their time together, they welcomed a son, Zev Carter born in 2015.

While pregnant with their child, Crystal confronted her then boyfriend about cheating on her. Hill responded by hitting her in the face, he then choked her and punched her in the stomach. He put her in a headlock that put external pressure on her neck that compressed her airway. He pleaded guilty to battery by strangulation and domestic assault and was sentenced to three years of probation, an anger-management course and was told to undergo a domestic-abuse evaluation.

#4 She is being investigated for child abuse

Believe it or not, Crystal and Tyreek were still together and some sites even describe the couple as being engaged. Earlier this year the parents were investigated for child abuse involving their son. Apparently their three-year-old suffered a broken arm during an incident. Crystal believes it was caused by Tyreek. As a result, both parents have lost custody of their son.

Disturbing audio has been released by KCTV, in which Tyreek and Crystal can be heard having an argument about their son’s broken arm. Part of the recording goes:

Crystal: “He is terrified of you. And you say that he respects you, but it’s not respect.”

Tyreek: “He respects me.”

Crystal: “He is terrified of you.”

According to TMZ, Crystal recorded Tyreek as an ‘insurance policy’ and then passed it to a friend for safekeeping. Crystal is currently pregnant with the couple’s second child.