Nessa Diab is the stunning radio personality girlfriend of NFL free agent, Colin Kaepernick. The two have been dating for a few years and make for one of the most solid couples in the public eye.

Nessa Diab and Colin began dating in 2015 and since then she has been perhaps his strongest source of support. As you may know the 30-year-old player began protesting in 2016 –on what he viewed as racial injustice –as a result he started kneeling during the national anthem to call attention to police brutality and racial injustice.

The Wisconsin native opted out of his contract with the 49ers to become a free agent after the 2016 season and earlier this year filed a grievance against the NFL and its owners, accusing them of colluding to not hire him. Despite boasting talent and credentials that surpass those of many of the journeymen quarterbacks signed this year, Kaepernick remains unemployed.

His girlfriend however, doesn’t seem to mind. 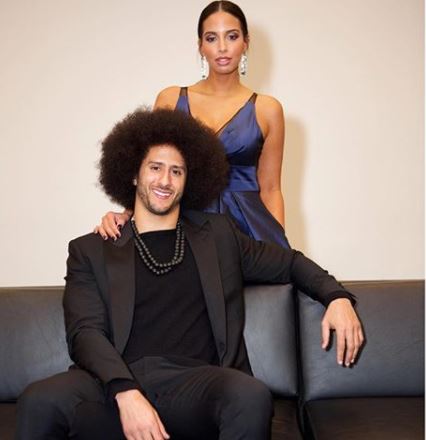 Nessa Diab was born May 6, 1981 and is professionally known as Nessa. She is the daughter of an Egyptian father and Middle Eastern mother, as a result she was raised a Muslim. Nessa who is also an activist says her upbringing in Saudi Arabia is what help shape her activism. 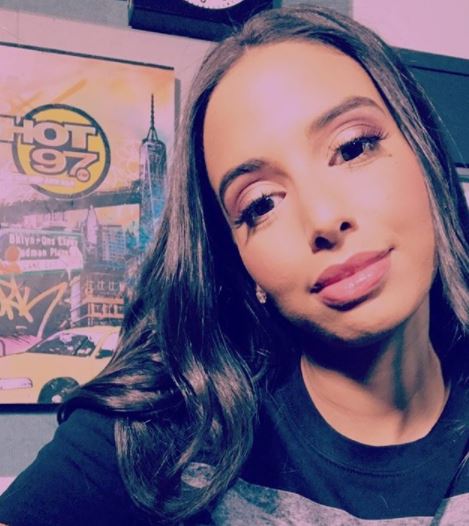 Though she spent part of the 90’s living in Saudi Arabia, she returned to the US for her education. Nessa holds a BA in Mass Communication from Berkeley. She was always interested in a career in the media and combining her love of music resulted in Nessa remixing songs. She even had one of her remix songs played on air prior to her official radio gig.

Nessa began her media career on San Francisco’s Wild 94.4 while also making her own YouTube videos. From there, Nessa got the opportunity to host MTV’s Girl Code. It was from there that Nessa was given the drivetime slot on New York City’s iconic Hot97 in 2015 taking over from Angie Martinez, then known as “The Voice of New York.”

The Girl Code star, also appeared on MTV2 Charlamagne & Friends, and Ain’t That America. She’s hosted a number of MTV shows, including the Snooki & Jwoww aftershow, Jobs That Don’t ****, The Real World Aftershow and the Teen Mom Aftershow.

The stunner who is a few years older than Colin, seems to have a thing for athletes. She was previously linked to another 49er, Aldon Smith.