Amy’s boyfriend has been arrested in connection with the death of his girlfriend’s young daughter. The 28-year-old running back was charged with child abuse and murder in Las Vegas.

According to reports, both Wood and Amy were taken into custody on Tuesday following the death of a 5-year-old girl at Summerlin Hospital. Wood and Taylor were held on $5,000 bond and are both scheduled in court for a hearing regarding first-degree child abuse charges.

Born February 21, 1991; the California native attended Santa Clara High School and went onto attend Notre Dame –where he starred from 2010 until 2013. While at Notre Dame he accumulated 2,447 rushing yards and 16 touchdowns. He then entered the 2013 NFL Draft and signed with the Houston Texans as a free agent. 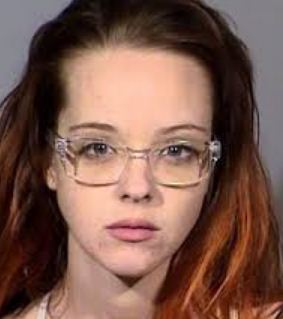 Wood played in the NFL from 2013 to 2015, spending most of his career on practice squads. He was in a number of teams including the Houston Texans, New England Patriots, Seattle Seahawks and Buffalo Bills. He had five carries for 12 yards playing at the NFL level.

Wood most recently played in the Canadian Football League.

There are no details about 26-year-old Amy Taylor or how long the couple had been together. Is not also clear how Amy Taylor’s five-year-old daughter died from. Reports say an autopsy will be performed soon. However, the death of Amy’s child was suspicious enough for hospital staff to call authorities.