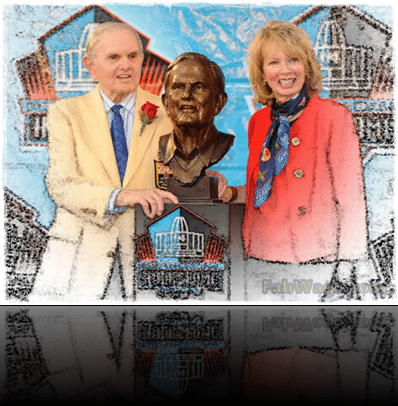 A NFL legend has passed away, Ralph Wilson Jr. was not just the owner of the Buffalo Bills, he was also one of the original founders of the AFL. Mr. Wilson passed away at the age of 95 on March 25, 2014 at his home in Gross Pointe Shores, Mich. He is survived by his beloved wife Mary and his daughters Edith Wilson, and Christy Wilson, his other daughter Linda Bogdan was the franchise’s Corporate VP and became Pro Football’s first female scout, until she lost her battle to cancer in 2009 at the age of 61. 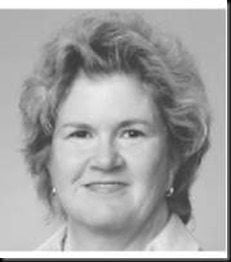 Mr. Wilson  had been married three times, Linda Bogdan was born in 1948 in from his marriage to the late Janet Wilson (nee McGregor), Linda a Bennett College graduate was an avid tennis player, won singles and doubles championships at the West Side Tennis Club at Forest Hills, NY.

Ralph Wilson other two daughters are Christy Cole Wilson, 67, now Christy Wilson Hofmann who serves as a consultant in the area of merchandising, she resides in New York with her husband Robert Hofmann.-

Last but not least comes Edith Wilson aka Dee Dee Wilson, the only of his daughter who was not involved with the Bills. 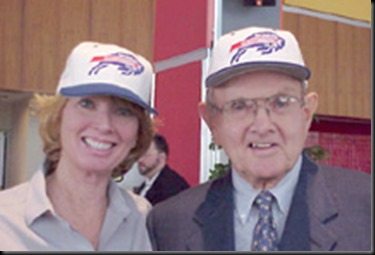 Mary Wilson  holds a  degree in physical education (class of 1967) from Trinity University in San Antonio. Before coming to the Bills  she was a tennis coach at King High School in Corpus Christi, in 1971 Mr. Wilson was named coach of the year by the Corpus Christi Tennis Association.

Mary Wilson serves at the  Ralph Wilson Foundation Bills Board of Trustees, as well as trustee of the Strong Museum in Rochester, is the president of the National Senior Women’s Tennis Association, and a board member of the United States Tennis Association National Tennis and Education Foundation.She along her husband were named the Philanthropists of the Year by the United Way of Buffalo and Erie County in 2007.

According to the Buffalo News Mary Wilson, Edith and Christ Wilson were by Mr. Wilsons bedside when he passed away.

“He passed away peacefully at his home with his beautiful wife, Mary, and his daughters by his side.”