Christine’s husband is a well known name in the NFL, the veteran coach has been named coach of the year more than once and was retired before coming back to head coach the Buccaneers in 2019.

Coach Arians is one of the NFL’s most well-respected coaches over the past two decades.
He rose to prominence after a coaching life spent largely as an offensive guru, before his ascension to offensive coordinator and interim head coach in Indianapolis landed him NFL Coach of the Year honors and earned him a gig with Arizona. He led the Cardinals to playoff appearances in 2014 and 2015.

Arians, who retired in early 2018 from his post in Arizona to focus on his health and life outside of football, spent the last season in the broadcast booth as a color commentator for CBS.
But you probably already knew all that, so we’re here to tell you about his lovely better half, Christine Arians. Learn more about this extraordinary woman in her top facts. 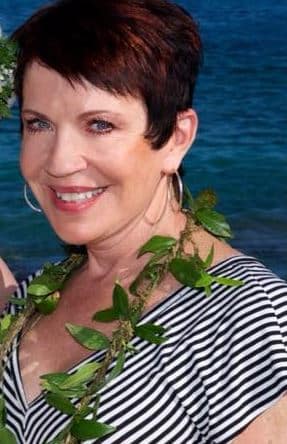 1. Christine Arians is the co-founder of the Arians Family Foundation (AFF)

The longtime NFL coach’s wife, has been the director of the Arians Family Foundation (AFF); since 2013.
According to a profile, The Foundation supports several CASA programs, including several for which Christine worked and/ or volunteered. “Our mission is to spread the word about CASA and to help support the programs financially.”

2. She has made a career volunteering

Before making the move to Arizona; for her husband’s coaching job; Christine Arians spent 12 years volunteering for 3 different CASA programs.
Speaking about her experience she writes:

I have seen first hand the difference a CASA can make in a child’s life, and sometimes, in the parent’s life. It is possible to break the cycle, and to effect lasting change. My personal motto is: “While I can’t change the world, I can help, one child at a time.”

3. She also worked as an attorney

Christine A. Arians was born February 15, 1952; in Pennsylvania. In 1971, she graduated from Temple High School.
According to her LinkedIn, Christine Arians attended Virginia Polytechnic Institute and State University from 1971 until 1976. She graduated with a Bachelor’s degree in Biology.
In 1986, she graduated from Temple University – James E. Beasley School of Law -where she attended for her Doctor of Law (JD).
Christine then worked as a family law attorney for 15 years. She called herself during that period the “broken family” attorney. She took the bar exam, 4 times, and practiced in 5 different states. It was her experience as an attorney that led her directly to volunteering as a CASA.

4. She and Bruce Arians have been married for five decades

Bruce and Christine Arians have known each other since sophomore year. The two became husband and wife in June 1971, during Coach Arians’ freshman year at Virginia Tech.
Speaking about the couple’s first kiss, she said during an interview

“That would have been sophomore year, after a football game,” “My friend Joan’s house had an alley behind it. I stood on a cinder block, because I’m a lot shorter than him. But that first kiss was memorable. We’ve been married 47 years. We still remember that first kiss.”

5. She is a mother and grandmother

Bruce and Christine Arians are the proud parents of two adult children together. She first gave birth to son Jake on January 26, 1978, and daughter Kristi Anne on December 15, 1980.
Jake Arians attended Alabama-Birmingham -where he was a placekicker. He later played for the Buffalo Bills. Jake Arians is currently married to wife, Traci. Together they have one daughter, Presley.

Kristi Arians attended University of Alabama -where she studied a master of science in Interior design. According to her professional profile, she is currently the Principal at Catori Design House. Kristi Arians is married to Blake Freeman. Kristi and her husband have two small children together.