Christen and the 24-year-old NFL stud are said to be keeping the relationship under the radar, however the word in the blogosphere is that they have been dating for some time now.

Jared Thomas Goff was born October 14, 1994; the California native is the son of Jeff and Nancy. Jared followed into his father’s footsteps choosing a career in sports. His father played baseball as a catcher for seven years in the MLB.

Jared played high school football for Marin Catholic High School and had a 39-4 career record. He then became the first true freshman to start at quarterback for Cal. In 2015, he led the California Bears to an 8-5 record, their first winning season in four years. He held more than 20 school records by the end of his junior season, after which he declared for the NFL Draft.

He was selected first overall in the 2016 NFL Draft by the Los Angeles Rams. He first became known for his record-setting career with the University of California Golden Bears.

The young quarterback hasn’t been exactly open about his personal life refusing to answer direct questions about it in the past. However, everything points out that, he and miss Christen Harper are an item. 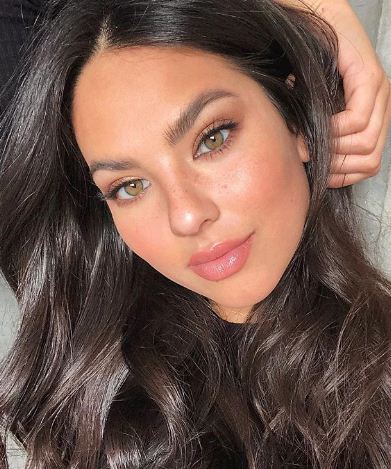 Further proof that the there’s something going on between Harper and Goff is that the brunette has been attending Rams’ games, meaning she’s definitely showing major support to her man.

Like her man, Christen is also successful in her own world, she is a gorgeous Instagram model with nearly 200k followers. The swimsuit model often shares images of her looking insanely hot but she still hasn’t shared any of her and Goff together.

Christen Harper was born in 1993, she is active in most social media platforms and also has a profile with famed model agency, Wilhelmina and also LA Models. In addition to her modeling career, Harper is also an actress. According to IMDb, Harper appeared in Auggie and The Obituary of Tunde Johnson.

She is currently based in Los Angeles.