Ashley Hogan is the amazing wife of NFL player, Chris Hogan –currently a player with the New England Patriots.

Ashley’s hubby was born October 24, 1987; to parents James and Mary Ellen Hogan. The New Jersey native attended Ramapo High School –where he played football and lacrosse. Funny enough he attended Penn State on a lacrosse scholarship, let’s just he didn’t have the regular start for an NFL guy.

He also chose to enroll at Monmouth University –taking advantage of a year of college eligibility remaining. He finished his career with the Hawks with 12 receptions for 147 yards and three touchdowns on offense, and 28 tackles and three interceptions on defense. Then in 2011, he signed with the 49ers as an undrafted free agent.

Since then, Chris has played with the New York Giants, the Miami Dolphins and the Buffalo Bills prior to arriving to the Patriots in 2016. He made his first Super Bowl title with the Patriots and is going after his second. Along with him, his lovely wife, Ashely Hogan. 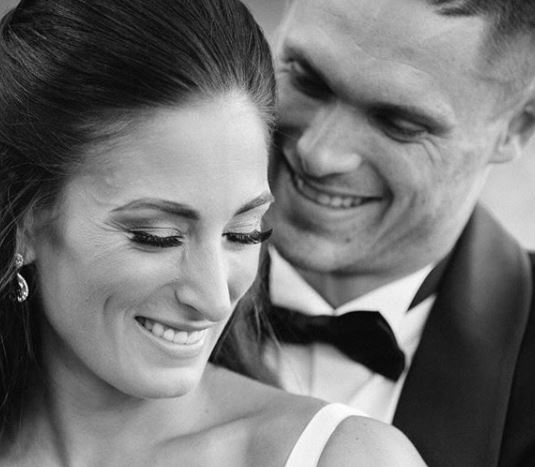 Chris and Ashley were married July 1, 2017 at Westmount Country Club in Woodland Park. Together they are the proud parents to twins, Parker and Chase –who were born six weeks after the Super Bowl.

The two had been engaged since 2014 and after they found out they were expecting they decided to wait until the babies were born.

Mrs. Ashley Hogan was born Ashley Kay Boccio and her schedule happens to be perhaps as demanding as her hubby’s. The wife and mom of twin boys, is a physician. 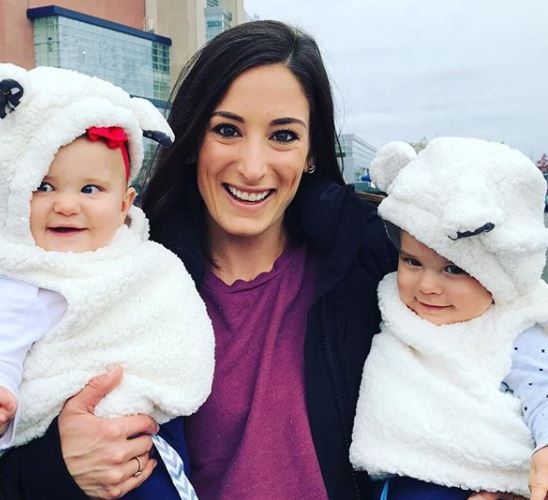 She is on her fourth and final year of residency in podiatry but the couple go way back. They met while also playing lacrosse at Penn State and she has remained by his side even while graduating and attending medical school, working together through football stops in San Francisco, New York, Miami, Buffalo, and finally the payoff in New England. Ashley Hogan is pretty much the modern-day definition of super woman and her man certainly know it…Chris always has good things to say about her, for her birthday he wrote on Instagram

You are the most amazing woman, mom, Doctor, friend, daughter, sister, wife anyone could ever ask for. I am so lucky to have you in my life, you amaze me everyday by what you are able to accomplish. Chase and Parker don’t even know how lucky they are yet to have you in their lives, but I definitely do! And I’m sure their first word will be “mama” bec we would be lost without you. I am so proud of you Ashley Kay, happy birthday! I hope today is grrreeeeaaatttt day!

The daughter of an orthopedic surgeon, Ashely decided to follow on his footsteps and hopes to join the private practice he belongs to.