Cathy Rogers is the devastated mother of former NFL player, Charles Rogers -who played three seasons in the NFL before injuries ended his career.

Cathy’s son, a once prominent college football player, died on November 11, the 38-year-old had been suffering from liver disease and cancer.

Charles Rogers was a three-sport star at Saginaw High before starring at Michigan State. After a record-breaking two years in East Lansing, he was drafted No. 2 overall in the 2003 NFL draft. His career was cut short by injuries and substance abuse.

He was the No. 2 pick in the 2003 NFL Draft. He signed a contract with the Detroit Lions. It included a guaranteed signing bonus of $14.4 million.
He once lived in a million-dollar mansion in the Detroit suburbs with Mercedes-Benz and Cadillacs lining the driveway.
However his injuries derailed his career: two broken collarbones in his first two seasons with the Lions. But a pain-killer addiction, coupled with failed drug tests and NFL suspensions for ********* use aided his premature exit from the league.
After his time in the NFL, he worked at Uptown Motors, an auto repair shop in Florida -as a general manager. 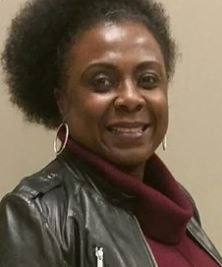 His passing was confirmed by his mother, Cathy Rogers.

Rogers’ relationship with his mother Cathy Rogers has been described as chaotic. Cathy Rogers did a brief stint in prison for welfare fraud when Rogers was just 6. He said his mother was never the same after she was released.
In 2012, Rogers was arrested for threatening his mother after he said she “stole” $100,000 from him. According to a police report, he threatened to “blow her mouth out” and said he was willing to do “the time” for it. The only time he did for the threat and a handful of other misdemeanor charges was a short stint in a rehab facility.

According to her social media, Cathy Rogers is originally from Bay City, Michigan and is currently based in Huntersville, North Carolina.