Brittany Hartman is the stunning wife of NFL player Chad Henne -currently a quarterback with the Kansas City Chiefs.

Brittany’s husband is an 11th-year quarterback who entered his second season with the Chiefs in 2019.

Chad Henne was born on July 2, 1985; Wyomissing, the Pennsylvania native, attended Michigan University. He became the second freshman ever to start as a quarterback in Michigan history; he accumulated 32 wins in regular-season plays, 8,740 offensive yards, and 87 touchdowns. And led the Wolverines to a Capital One Bowl victory over Florida in his senior season.

Henne attended the University of Michigan. 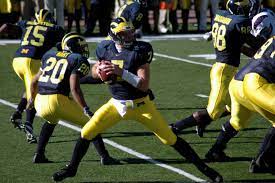 Chad Henne signed a contract for 2 years with the Kansas City Chiefs that included the signing bonus, and the average annual salary.

Check out the details here:

Chad Henne was born in Wyomissing, Pennsylvania to Sheldon Henne and Suzanne Henne. He began his football career in 2000 when he stepped in for a injured quarterback. At such a young age, he played exceptionally and hence was made to play for the rest of the season. His stats were above expectations and he went on to start his high school career with great numbers. 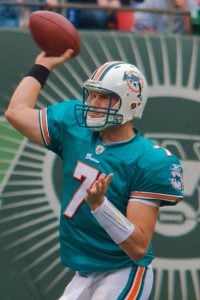 During the 2019 preseason, his right ankle was sprained and ankle fractured. He was replaced by Tyler Thigpen due to his injury.

During the 2008 NFL draft, he was drafted by the Miami Dolphins and was the fourth quarterback. Later in the same year, Henne signed a four-year deal of $3.5 million and made his debut in the season’s second game. However, post that, in the entire season, he played two games.

He signed a two-year contract with Jacksonville Jaguars in 2012 after the Dolphins. 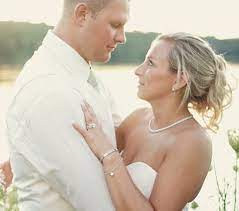 Chad Henne and Brittany Hartman are blessed with a son named Chace and a daughter named Hunter Henne. Chace was born in 2013 and Hunter in 2015.

Brittany Hartman is the gorgeous wife of Chad Henne. Brittany Hartman was born in 1982; she is a Pennsylvania native. Her parents are Diane and Richard Hartman. She has an older brother named Chris and a sister named Stephanie Delozier. She attended Wilson Senior High School in West Lawn, Penn.

She was in the fourth grade when she met Chad; the two began dating in ninth grade and continued dating through high school and college. Like Chad, Brittany attended the University of Michigan. 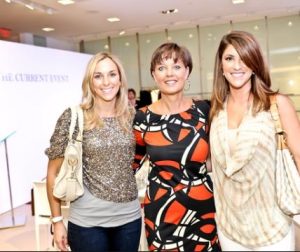 According to the Wall Street Journal, the Hennes have been dating since junior high. During an interview, the lovely NFL wag said she helps her quarterback husband study the playbook and memorise new hand signals. She says, “I really think there [are] a lot of guys that come in single, you are very young, and there are a lot of women after the money, the fame.”

The couple became husband and wife in 2010 after a romantic proposal during a hiking trip at a nearby lake where Brittany grew up. A fun fact is that Brittany originally thought he would propose to her on his birthday after they had been looking at rings, but Chad didn’t.

The couple gave birth to their son, Chace in October 2013 on a plane. He came a week early than expected. They welcomed their daughter, Hunter Henne, in December 2015.

The blonde NFL wag seems to enjoy a low profile, and the couple doesn’t seem to be big social media fans.

Ever since Brittany tied the knot with Chad Henne, she has been working as a full-time homemaker taking care of her husband and her two lovely kids. 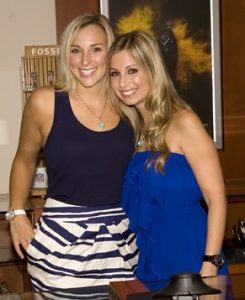 Brittany Hartman has good height and measurements. Check out her height and weight here:

Her height is 5 feet 9 inches

Check out the beautiful photos of Brittany Hartman here:

Brittany Hartman isn’t much in the spotlight and not available on any social media platforms. She prefers to stay away from the media as much as possible.