Jackqueline Benson is the lovely mother of late former NFL player, Cedric Benson -who tragically died in a fatal motorcycle crash over the weekend.

Jackqueline’s son is remembered a standout at the University of Texas, a star in Texas high school football, and a former NFL player. Cedric’s BMW motorcycle slammed into a minivan, he and his passenger both died.
He was 36-years-old. Benson is survived by his mother and a brother.

Jackqueline Benson was a single mother when raising son Cedric -who according to reports grew up without a dad. Cedric instead found a surrogate father of sorts in his former Midland Lee High School coach John Parchman.
Benson, from Midland, Texas, played four seasons at Texas, from 2001-2004. Every season in Austin, Benson rushed for over 1,000 yards. He finished his career with 5,540 rushing yards and 64 touchdowns. His 5,540 rushing yards rank him ninth all-time for a Division I college career. 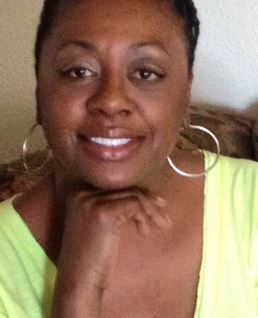 He ran the ball for three teams in the NFL. He was the fourth overall pick of the 2005 NFL Draft. Benson played for the Chicago Bears from 2005-2007 before being traded to the Cincinnati Bengals.
His last season was 2012 with the Green Bay Packers, and he earned over $25 million while playing football, according to spotrac.com.

Cedric frequently posted about motorcycles on social media. He ran into trouble with the law several times during his life; according to the Austin American-Statesman, he had just appeared in court on “lesser charge of obstruction of a passageway in connection to a 2017 drunken-driving arrest.”

Not many deatils are known about his mother, Jackqueline Benson, who also hoes by Jackie Benson. She is believed to lead a quiet life in Texas.