Kimberly Caddell is the very lovely wife of NFL player, Case Keenum –her man is currently the main man for the Minnesota Vikings.

Kimberly’s NFL quarterback husband was born Casey Austin Keenum on February 17, 1988. The Texas native is the son of Steve Keenum –who was an offensive lineman at McMurry University.

Case was signed as an undrafted free agent in 2012 by the Texans and spent his rookie season on Houston’s practice squad. Keenum was with the Texans from 2012-14 before spending the past two seasons with the Rams. He joined the Vikings roster earlier this year.

Prior to his NFL career, Keenum attended Wylie High School in Abilene, Texas –where he made 42 starts and totaled 6,783 passing yards. In 2004 he led Wylie to a 17-14 victory in the Texas Class 3A Division I championship game. But he really caught the spotlight while attending the University of Houston.

As for his lovely wife, there’s a few things we can tell you about her. 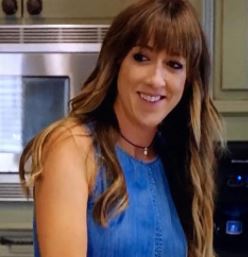 Kimberly Caddell is his wife of six-years. The now husband and wife have been married since 2011. She and Case were high school sweethearts, before getting engaged by the end of his college career at Houston.

The pretty blond isn’t the typical stay-at-home wag. Kimberly has a career of her own, according to her LinkedIn, she is a Speech-Language Pathology Assistant. She worked for nearly a year at Southeast Texas Cooperative for Social Services in Splendora, Texas.

She and her husband were featured in “Hard Knocks,” the HBO reality series that chronicled the Rams’ 2016 relocation from St. Louis.