The NFL Hall of Fame executive owned the San Francisco 49ers during the 80’s and 90’s when the team won five Super Bowls.
However, he is also well remembered for his involvement in a decades-old gambling scandal. DeBartolo pleaded guilty to a felony in 1998 as part of a Louisiana gambling-industry investigation. The attempted extortion had come from former Louisiana Gov. Edwin Edwards, and it regarded DeBartolo’s attempt to gain a riverboat gambling licence in the state.
In 1999, the NFL fined DeBartolo $1 million and suspended him for the season. In a settlement, DeBartolo transferred ownership of the team to his sister, Denise DeBartolo York, and her husband, John York. 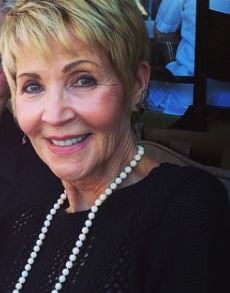 DeBartolo avoided jail time by coming to terms on a plea deal. He served two years of probation and testified against Edwards. In 2016, DeBartolo was elected to the Pro Football Hall of Fame.
The 73-year-old Ohio native who was recently pardoned by president Trump, now runs his Florida-based property development and investment firm and owns shares in publicly-traded Simon Property Group.
He has been married to Candy DeBartolo for over five decades.

Candy DeBartolo was born Cynthia Ruth Papalia and went by Candy Papalia, she met her future husband while in high school. Candy’s father ran a grocery store in a Youngstown suburb. The high school sweethearts tied the knot on November 27, 1968.

Candy DeBartolo did some acting in her younger years. She is best known for playing the part of Frankie’s mother in 1996 film – Dream for an Insomniac. Nowadays, Candy is a restaurateur, she is the owner of Sacred Pepper which opened in 2016.
Candy is the mother of the couple’s three adult children, Tiffanie DeBartolo, Lisa DeBartolo and Nicole DeBartolo who goes by Nikki. Their daughter, Tiffanie DeBartolo is an author and filmmaker.