They met in college and have been happily married since 2003.

Brittany and Drew Brees have four children together; three boys and a little daughter.

Over the years we have seen the influence Brittany’s hubby Drew Brees has among the NFL, recently he got himself in a bit on trouble during the George Floyd Protests.

“I will never agree with anybody disrespecting the flag of the United States of America or our country,” Brees said.

“When seeing the flag during the anthem, “I envision my two grandfathers who fought for this country during World War II — one in the Army and one in the Marine Corps. Both risking their lives to protect our country and to try to make our country and this world a better place. ”

“So every time I stand with my hand over my heart looking at that flag and singing the national anthem, that’s what I think about. And in many cases, it brings me to tears thinking about all that has been sacrificed.”

He later released an apology, said his comments had been insensitive and completely missed the mark on the issues we are facing right now as a country.

I would like to apologize to my friends, teammates, the City of New Orleans, the black community, NFL community and anyone I hurt with my comments yesterday. In speaking with some of you, it breaks my heart to know the pain I have caused.

In an attempt to talk about respect, unity, and solidarity centered around the American flag and the national anthem, I made comments that were insensitive and completely missed the mark on the issues we are facing right now as a country. They lacked awareness and any type of compassion or empathy.

Instead, those words have become divisive and hurtful and have misled people into believing that somehow I am an enemy. This could not be further from the truth, and is not an accurate reflection of my heart or my character.
This is where I stand:

Stand with the black community in the fight against systemic racial injustice and police brutality and support the creation of real policy change that will make a difference.

I condemn the years of oppression that have taken place throughout our black communities and still exists today.

I acknowledge that we as Americans, including myself, have not done enough to fight for that equality or to truly understand the struggles and plight of the black community.

Recognize that I am part of the solution and can be a leader for the black community in this movement.
I will never know what it’s like to be a black man or raise black children in America but I will work every day to put myself in those shoes and fight for what is right.

I have ALWAYS been an ally, never an enemy.

I’m sick about the way my comments were perceived yesterday, but I take full responsibility and accountability. I recognize that I should do less talking and more listening…and when the black community is talking about their pain, we all need to listen.
For that, I am very sorry and I ask your forgiveness. 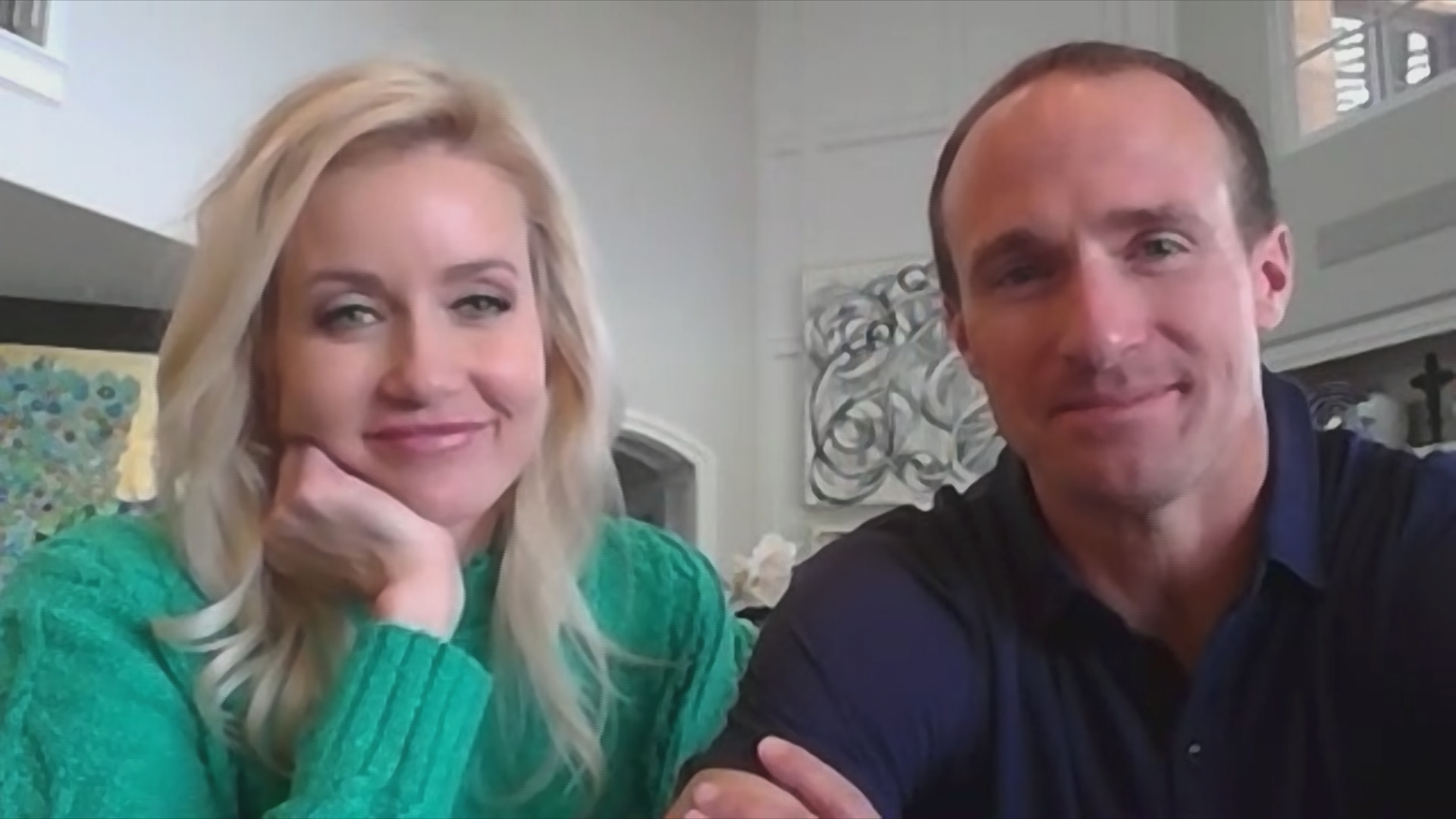 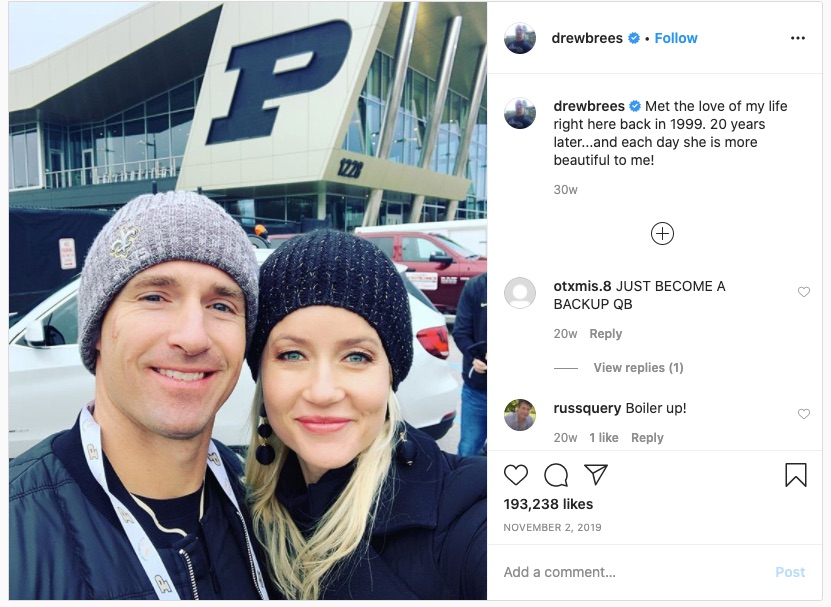 Drew recalls how meeting his wife went on.

“I made a real fool of myself when I first met her. It was when I was a sophomore; my 20th birthday, and I’d had about 17 shots and put my foot in my mouth. It was a typical football player cheesy line—we’ll leave it at that. It took me six months to get the courage to talk to her again. I finagled my way to get invited to a party that I knew she’d be at.” 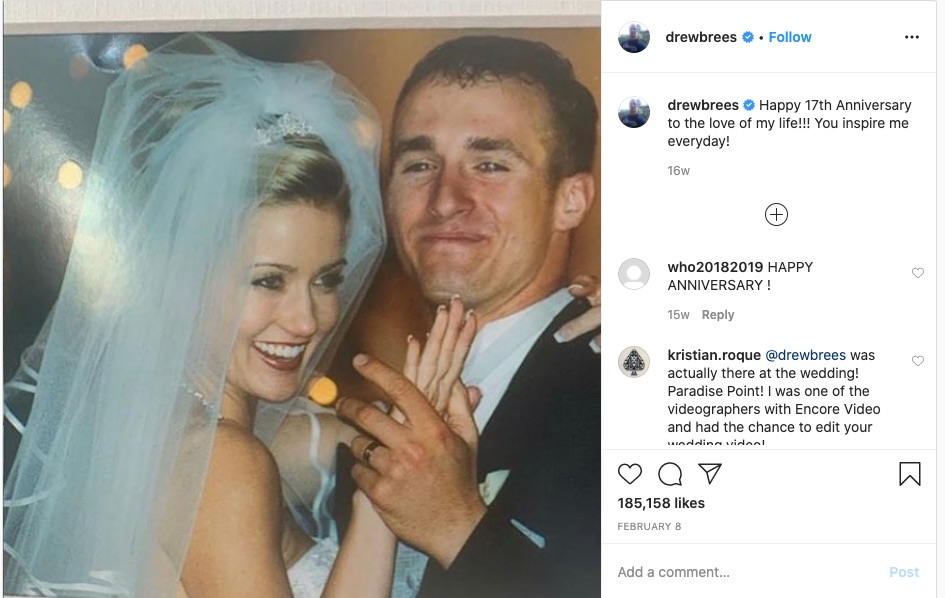 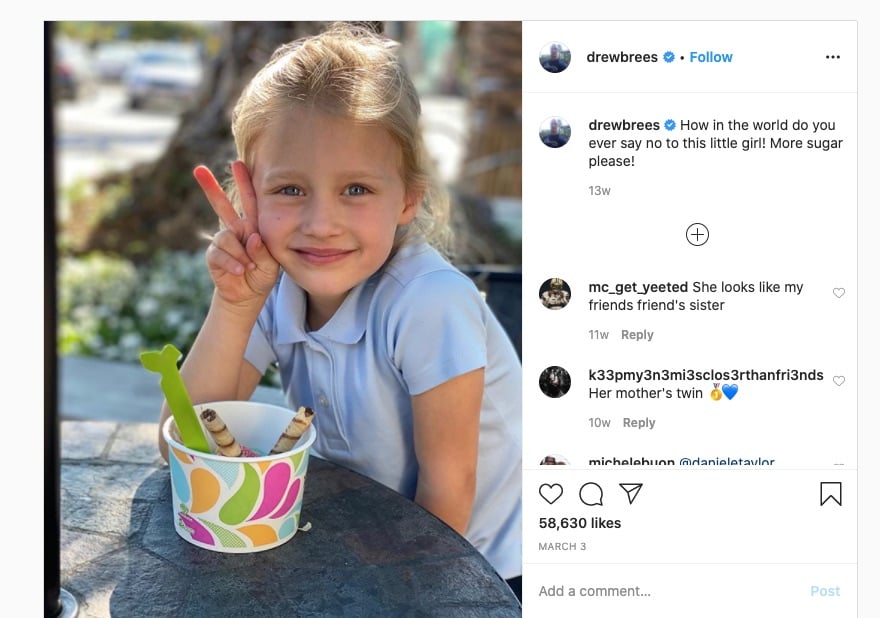