Their father is well known for spending the majority of his career with the Green Bay Packers.  Brett had an exceptionally long and productive career with the Green Bay Packers for whom he played from 1992 to 2007. And while he was with them was responsible for several team victories. In addition to the Packers, he also played with the Atlanta Falcons the Jets and the Minnesota Vikings.

But enough about him, Favre is the father of two lovely daughters, meet them below. 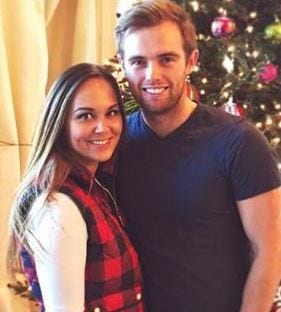 Brittany Nicole Favreis the first daughter to the Hall of fame quarterback and wife Deanna Tynes Favre. She was born February 6, 1989.

While being the daughter of a famous athlete is a nice thing to go by, Brittany’s achievements are also worth mentioning. She graduated from law school all while raising two children. Brittany graduated from the University of Southern Mississippi in 2012 with a bachelor’s in psychology and earned her Juris Doctor from Loyola University New Orleans College of Law, where she attended from 2012 to 2015.

The stunner is married to husband Alex Mallion and is the mother of two sons, Parker Brett born in 2010 and second son, A.J. She was previously married to Patrick Valkenburg; the two tied the knot in 2011, however the marriage ended in divorce.

According to her LinkedIn, she is a former partner at Lockley, Slawson, & Mallion, Law Firm and is currently listed as an associate attorney at Green Law Firm. 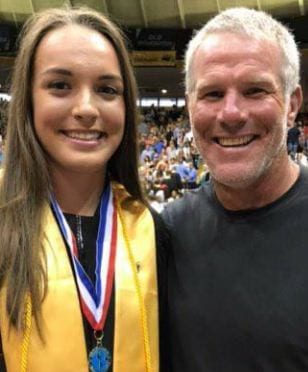 Breleigh Ann Favre was born July 13, 1999; she is the youngest Favre daughter and she happens to have followed into her famous father’s footsteps –as a successful athlete that is. Breleigh is a volleyball star in Mississippi.

Breleigh first cracked the varsity roster in 2012 as an eighth-grader and definably left her mark while attending Oak Grove High School –where she was named the Lamar Times’ Pine Belt Player of the Year as a senior. She also posted over 300 kills and 52 service aces in her final season for the Warriors and was a regular academic honor roll member.

She committed to play at the University of Southern Mississippi in 2016 and is currently a student-athlete at the school –where she is majoring in biology.

Breleigh stands 6 feet tall and is an outside hitter for the Lady Warriors. According to her player profile, she appeared in nine matches and started two in 2017.